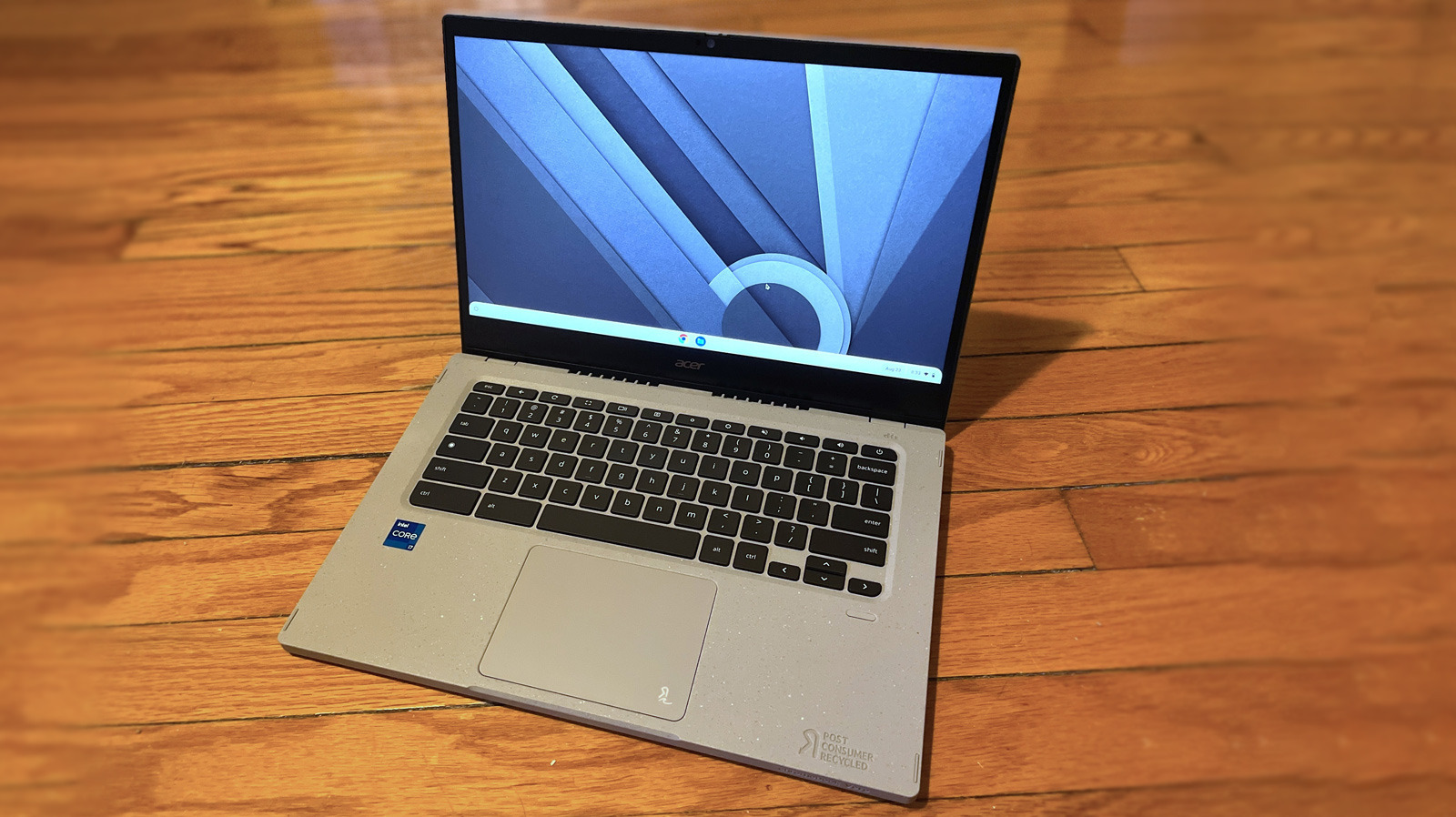 In a tactile sense, the device feels a bit strange at first. Not necessarily in a bad way, but the “recycled material texture” on the Vero 514’s frame is a bit rougher than you might expect when you’re mostly used to more standard laptops.

In fact, using the Vero 514 was quite pleasant. Keep in mind we’re looking at an early pre-production unit, so things might be a little (or a lot) different once it hits mass retail, but the Chromebook was pretty quick to power up, turn off and wake up from sleep mode. Oddly, what stood out to me the most was the hinge, which feels a bit tighter than the average laptop.

I couldn’t install any Android games for my test, but I tried a few in Chrome and all went well. The same goes for videos, which looked noticeably crisper and more vibrant than I’m used to when comparing them side-by-side with my MacBook Pro (13-inch, M1, 2020). The Vero 514’s screen was also a bit larger, and the model I looked at had touchscreen functionality as well as much-appreciated glare reduction.

The only semi-disappointment I encountered was with the speakers. Or rather, the direction of the speakers. Sound quality is very good – excellent, even – but the sound would change significantly depending on where my head was from the Vero 514. Some angles would make things muffled, others would be a bit tinny, but everything right was perfect. This probably won’t be a problem if you’re using it on a desk or other stationary surface, but it could be a problem if you’re moving around or setting it up on a lower surface like your lap or on a couch.