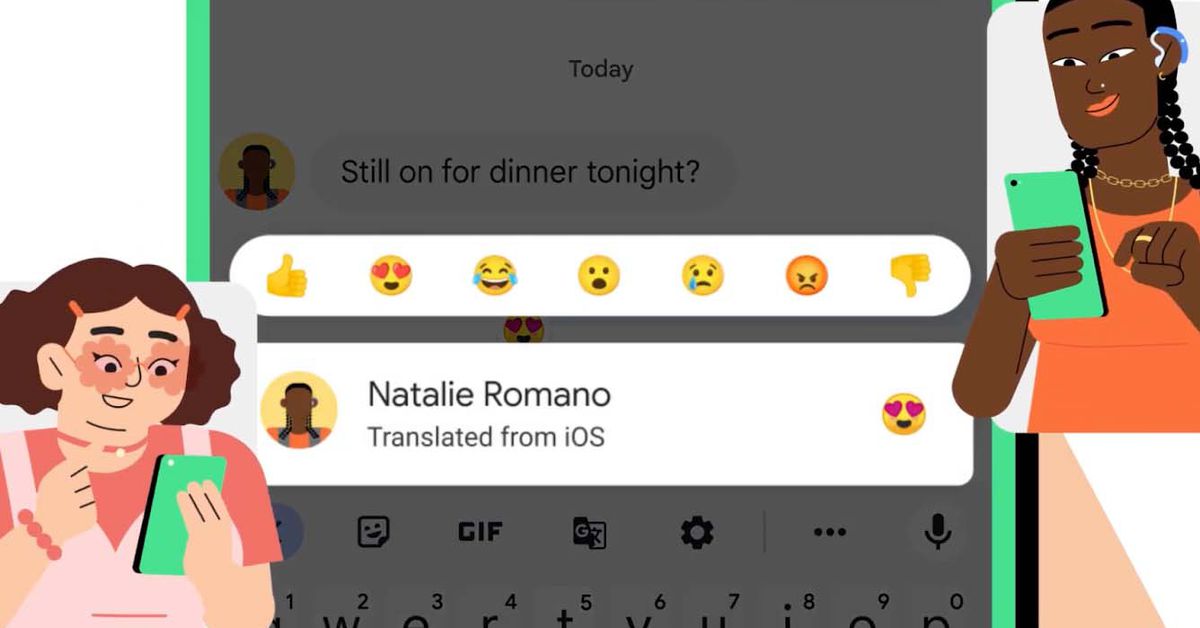 We’ve known for months that Google has been struggling to make its messaging app correctly display emoji reactions sent in by iPhone users. Now, Google is making this feature available to everyone as part of a slew of new and updated features for its Messages app rolling out over the coming weeks.

The beta has already given us a pretty good idea of ​​how Google Messages translates emoji reactions sent by iOS users, formatting them correctly on Android instead of appearing as a confusing text message that arrived separately.

Despite Google’s capitulation, he still says he wants “Apple to join the rest of the mobile industry and embrace RCS” for a better long-term solution.

Google is also creating a Google Photos sharing link directly in Messages to give users a way to send photos and videos to non-RCS (read: iPhone) users to avoid image quality degradation. Google Messages will also prompt you to reply to a message if it’s been in your inbox for a while (much like Gmail has been doing for years), as well as prompting you to wish someone a happy birthday. one if you have the date in your contacts app. Oh, and links to YouTube videos shared in Messages will now also show a preview for iOS users, which is nice.

Finally, a pair of Messages features that Google first launched in India last year are getting a US release. The most interesting of these is an option to automatically delete one-time passcodes after 24 hours to keep your inbox cluttered with unnecessary six-digit codes. They will be rolled out to other countries in the future, Google spokeswoman Maura Howard said. The edge. There’s also a new option for Google’s software to automatically sort your messages and allow you to filter them by “Personal” and “Business”.

Correction on March 10, 2:03 p.m. ET: The two Messages features that debuted in India last year, which we mentioned in the last paragraph, are getting a US release, not a global one. We regret the error.