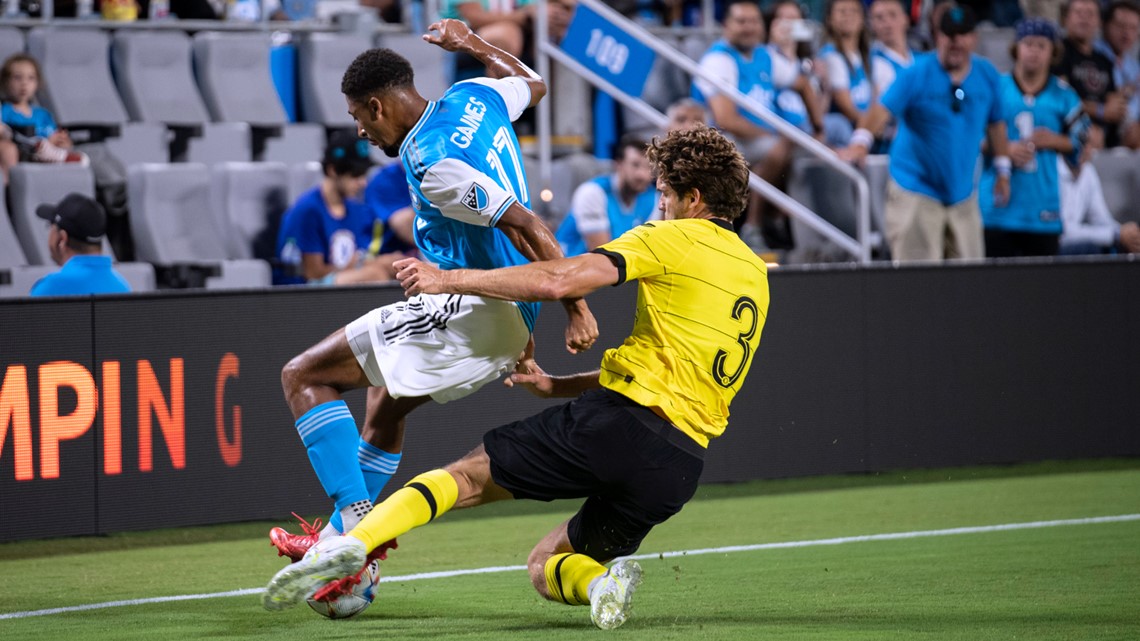 Stormy skies delayed the start of this transatlantic meeting.

Bank of America Stadium hosted a battle between two blue teams: Charlotte FC and Chelsea FC. A blistering delay prevented teams from taking to the pitch at the scheduled 7:30 p.m., instead of starting at 8:35 p.m.

The club friendly match featured one of Major League Soccer’s newest teams against an English stalwart. While neither Charlotte nor Chelsea accrued any league points from this friendly, the ground served as a testing ground.

Chelsea took the lead in the first half with a strike from United States national football team player Christian Pulisic. In the 30th minute, a shot from Michy Batshuayi deflected a Charlotte FC defender past Pulisic’s feet. He quickly took the ball and put it in the net to give his team the lead.

Charlotte FC were held scoreless until second-half stoppage time when a handball inside the box resulted in the home side being awarded a penalty.

Daniel Rios took the penalty and completed his effort by scoring the spot kick to tie the game.

While most matches end after 90 minutes and a brief break period, this friendly was extended to end in a penalty shootout to decide a winner.

Charlotte FC took all five shots on goal, while a miss from Chelsea’s Conor Gallagher sealed their fate and gave Charlotte the win.

Prior to kick-off, North Carolina Governor Roy Cooper was on the pitch with United Kingdom officials in a pre-match shirt swap. This acknowledged Wednesday’s previous announcement that the UK had signed a state-level agreement with North Carolina for economic development in green trade, namely electric car development and offshore wind .

For the match against Chelsea FC, big teams mean big crowds. Management at Mellow Mushroom in Uptown said they are welcoming and preparing for this additional business boost.

“Everyone is on deck,” said Mellow Mushroom manager Debbie Petoskey. “We have about 10 servers – three behind the bar, we’re all managers, five of us, just sort of equipped for it.”

And those who live in Uptown also say they notice the difference.

“We as residents don’t move anywhere, we know to stay put because the traffic is crazy, people everywhere,” Kiki Johnson said.

But most agree that the busy crowds are a pleasant change from the COVID-19 ghost town that Uptown once was just a few years ago.

“It’s just that football brings a different kind of energy that I think this city has been craving for so long,” said Charlotte FC fan Tyler Bush.

Last week, Charlotte FC were stung by a 3-2 loss to Inter Miami FC in their second game. Charlotte started this game strong, but Miami hit the Jets near the end of stoppage time to get ahead.

Meanwhile, Chelsea were coming off a 2-1 friendly win over Club America on July 16, but a penalty shootout loss to Liverpool FC for the FA Cup. Chelsea found the net five times on penalties, but Liverpool only took the lead once.

Once the dust settles in Uptown Charlotte, Chelsea will cross the Atlantic to return to England for the Florida Cup final against rival club Arsenal on Saturday. Charlotte FC will head north that day to take on Toronto FC.

You can stream WCNC Charlotte on Roku and Amazon Fire TV, just download the free app.

Ahead of Wednesday’s game, WCNC Charlotte sportswriter Ashley Stroehlein sat down with goaltender Kristijan Kahlina for a one-on-one interview. He talked about how he and the team are working together, adjusting to life in the United States, and how Black and Blue fans have embraced him.

Watch the full interview below:

Locked On is the premier podcast network for local sports and is owned by WCNC Charlotte’s parent company, TEGNA.
Listen to Locked On here.

All WCNC Charlotte podcasts are free and available for streaming and download. Now you can listen on Android, iPhone, Amazon and other internet-connected devices. Join us from North Carolina, South Carolina or anywhere.

Date, time and TV channel to watch the 2022 friendly game in the United States