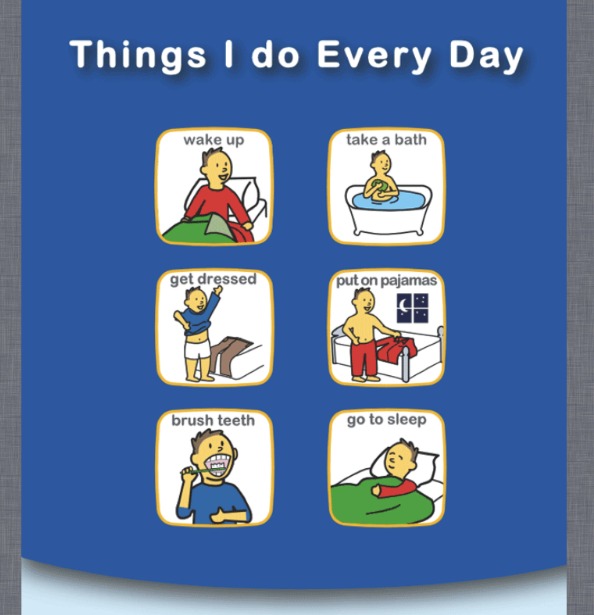 This week’s app is aimed at the special needs community and is an essential addition for any family whose child is struggling to move from activity to activity, stay focused on task, wait and see. to relay.

If your child with special needs is like mine, he’s probably the busiest kid you’ve ever known, with a variety of therapies and doctor’s appointments each day. There is nothing that untangles my son Andrew faster than the anxiety that comes from not knowing what will happen next.

Before buying an iPad, Andrew relied on his laminated PECS calendar, which was a big boost as it allowed Andrew to remove every completed task from his Velcro strip and place it in the pocket at the bottom.

Once he got his iPad I wanted to streamline everything and searched high and low for a digital schedule that looked like PECS. It took several failures, but I finally stumbled upon Choiceworks and knew Andrew would respond immediately.

Choiceworks keeps Andrew (and I) organized with easy-to-create personalized schedules. Built-in picture cards help you get started, but you can also create your own, including recording the name of the activity in your own voice.

The app also provides that reinforcement that Andrew loves so much by allowing him to move each image from the “to do” column to the “done” column, giving him that added satisfaction that he just finished an activity. It’s basically a checklist but so much better!

Choicework includes three charts – sentiment, expectation, and schedule – and each chart comes with a social story to help your child better understand your expectations of them.

At $ 9.99, the app is a bit pricey (most apps for people with special needs tend to be more expensive), but because it’s something we use every day and has Greatly reduced Andrew’s overall anxiety. It also improved her ability to tolerate transitions during her day, so it’s well worth every penny as far as I’m concerned.

The app can be downloaded from iTunes.

Do you have an app recommendation for Jo? Email him at [email protected] with information on apps for parents, children, families and the special needs community.

Twist: a simple and user-friendly application that gives your friends your travel ETA