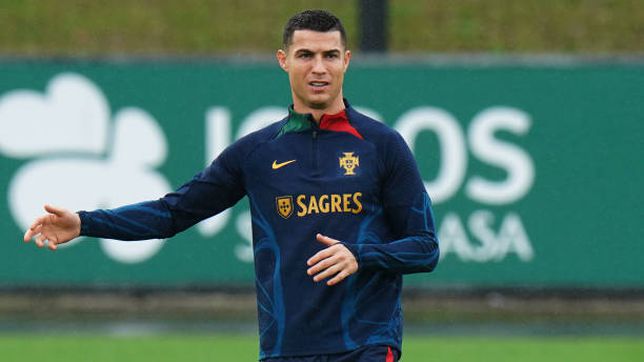 Portugal manager Fernando Santos spoke at a press conference ahead of Portugal’s final friendly ahead of the World Cup in Qatar and all eyes were on Cristiano Ronaldo. Santos has confirmed that Ronaldo will not play against Nigeria on Thursday due to gastroenteritis. Portugal prepare for their World Cup opener on November 24 against Ghana.

The five-time Ballon d’Or winner is having a difficult season and seems determined to leave Manchester United. Ronaldo has scored three goals in 16 games for the Premier League club this season. With the Seleçao, his last goals date back to July, when he netted a brace in the 4-0 Nations League win over Switzerland.

On Ronaldo’s interview with Piers Morgan

“We’re only talking about Qatar here,” Santos said before emphasizing that he respects Ronaldo’s decision to do the Piers Morgan interview, an interview he described as “personal”.

“He [Ronaldo] did not have to speak or inform the Federation, what does this have to do with the national team? How does this affect the national team? What interests me is what he’s doing here [with Portugal]. And here we are only talking about Qatar. It’s his decision and we respect it. We must respect it. It doesn’t affect us at all,” Santos explained.

When is a 90 minute interview with Ronaldo on TV and online?

Cristiano Ronaldo’s interview with Piers Morgan will air on TV in the UK on Talk TV in two parts, split between Wednesday 16 and Thursday 17 November. It will air at 2 p.m. ET / 11 a.m. PT in the US (i.e. 8 p.m. local time). You can stream the interview online.

While VPN options may be available for some, in the US “90 Minutes With Ronaldo” will air on Fox Nation available on the DirecTV 1960 channel. Remember you can also stream the interview through the app Fox Nation.

Portugal fixtures in the World Cup

Portugal are in Group H alongside Uruguay, Ghana and South Korea.