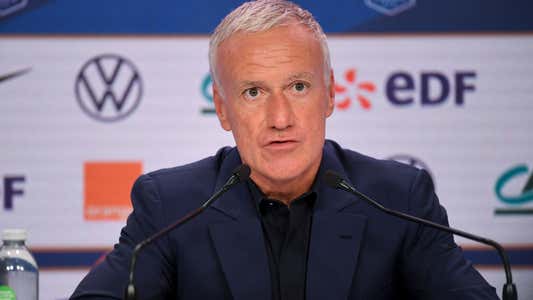 The world champions are set to take on Ivory Coast Elephants at Stade Orange Velodrome in Marseille on Friday, before taking on Bafana Bafana at Stade Pierre-Mauroy in Lille next week on Tuesday.

There were critics who slammed the two matches against African sides suggesting they are of little value to the Blues, but Deschamps dismissed that suggestion.

“Some of you will say that these matches have no value but it is better to win them otherwise they will increase in value,” Deschamps told a press conference according to Sport 365.

“I prefer to be in my place, qualified for the World Cup with two friendly matches on the program than that of my Italian or Portuguese counterparts who will face each other in the play-offs.”

The Blues have already qualified for the World Cup final to be hosted by Qatar later this year after topping their qualifying group – recording five wins and three draws in eight matches.

“We must not trivialize an international gathering. The pleasure of meeting up is there because the players have chained the matches with disappointments and moments of happiness”, continued the retired defensive midfielder.

“We haven’t been together for four months: it’s the return of the France team. Then, I’m realistic. A lot of players are there, had very important matches before and will have some afterwards. ”

France will be looking to avenge their 2-1 loss to Bafana in the 2010 FIFA World Cup final in Bloemfontein.