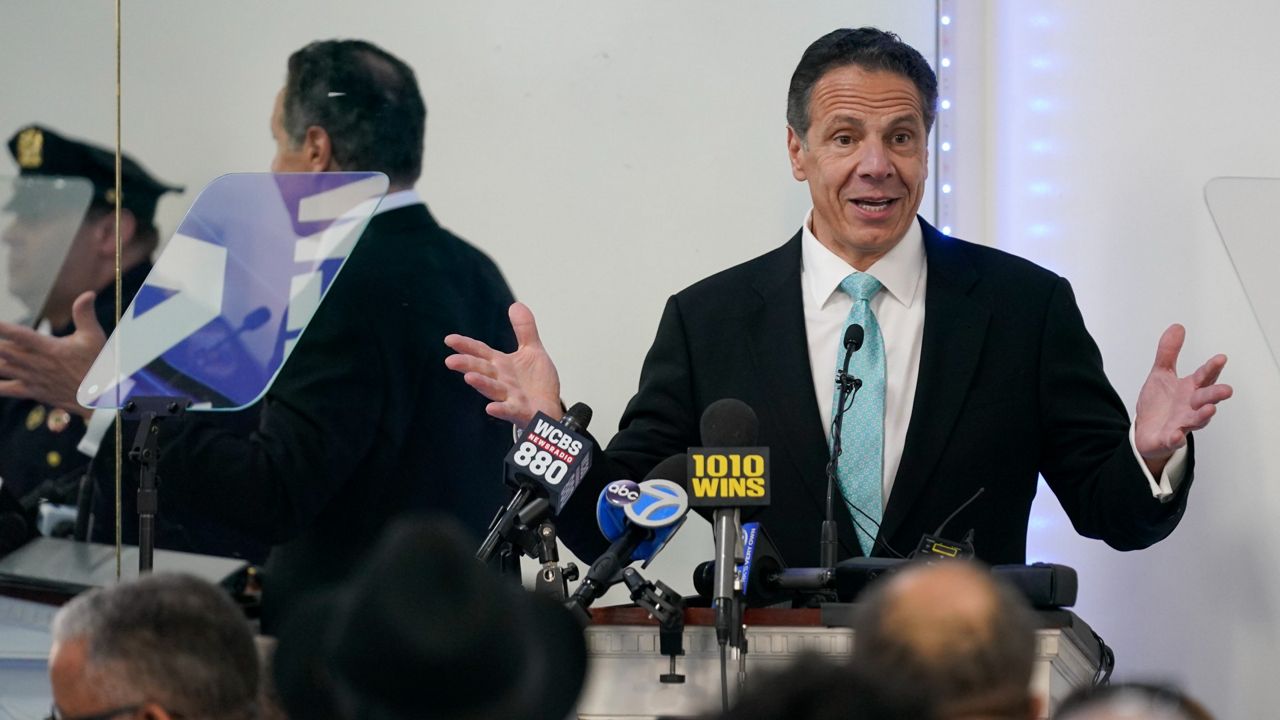 Former Governor Andrew Cuomo was ousted from office last August by multiple scandals, but was greeted by crowds on Thursday as if he should never have left.

Andrew Cuomo had a receptive following among Latino church leaders in the South Bronx, guests at the church of Díaz, a former city council member.

Cuomo resigned last August amid a slew of scandals ranging from accusations of sexual harassment to alleged underreporting of COVID deaths in nursing homes.

While churches can be places of redemption, Cuomo only seemed interested in redeeming his reputation, saying he was the one who had been wronged.

“It is a social death sentence. Anyone can be canceled at any time. And it happens with frequency. No one is immune,” he said.

“Our cancel culture mentality today is like modern-day stoning. Do you remember the stonings in the Bible?” he said.

Díaz was disciplined by the city council for anti-LGBTQ remarks.

Cuomo was pressured by the crowd to return to public duties, including as a presidential candidate.

And he hasn’t closed the door on running again for his old seat, whether against Gov. Kathy Hochul in the Democratic primary or on a third line in the fall.

“I don’t think I’ll get an offer from the New York Jets, so I’ll probably rule that out. But I’m open to all options,” he told reporters.

“Elections don’t happen until November, so there’s plenty of time to gather petitions depending on how you want to run,” he added.

Assemblyman Ron Kim criticized what he called a victim tour to distract from a recent damning audit of nursing home deaths.

Pataki told NY1 “Mornings on 1,” “If he decides to run, he’ll be about as successful as Anthony Weiner in his return to elective politics.”

It was Cuomo’s second speech from a church pulpit in two weeks, and he ran two ads to defend his record.

Prior to these ads, Cuomo had $16 million in his campaign coffers.

Hochul had $20 million when he last filed.

And before Cuomo got to that church, her campaign announced she had been endorsed for a full term by more than 400 church leaders.