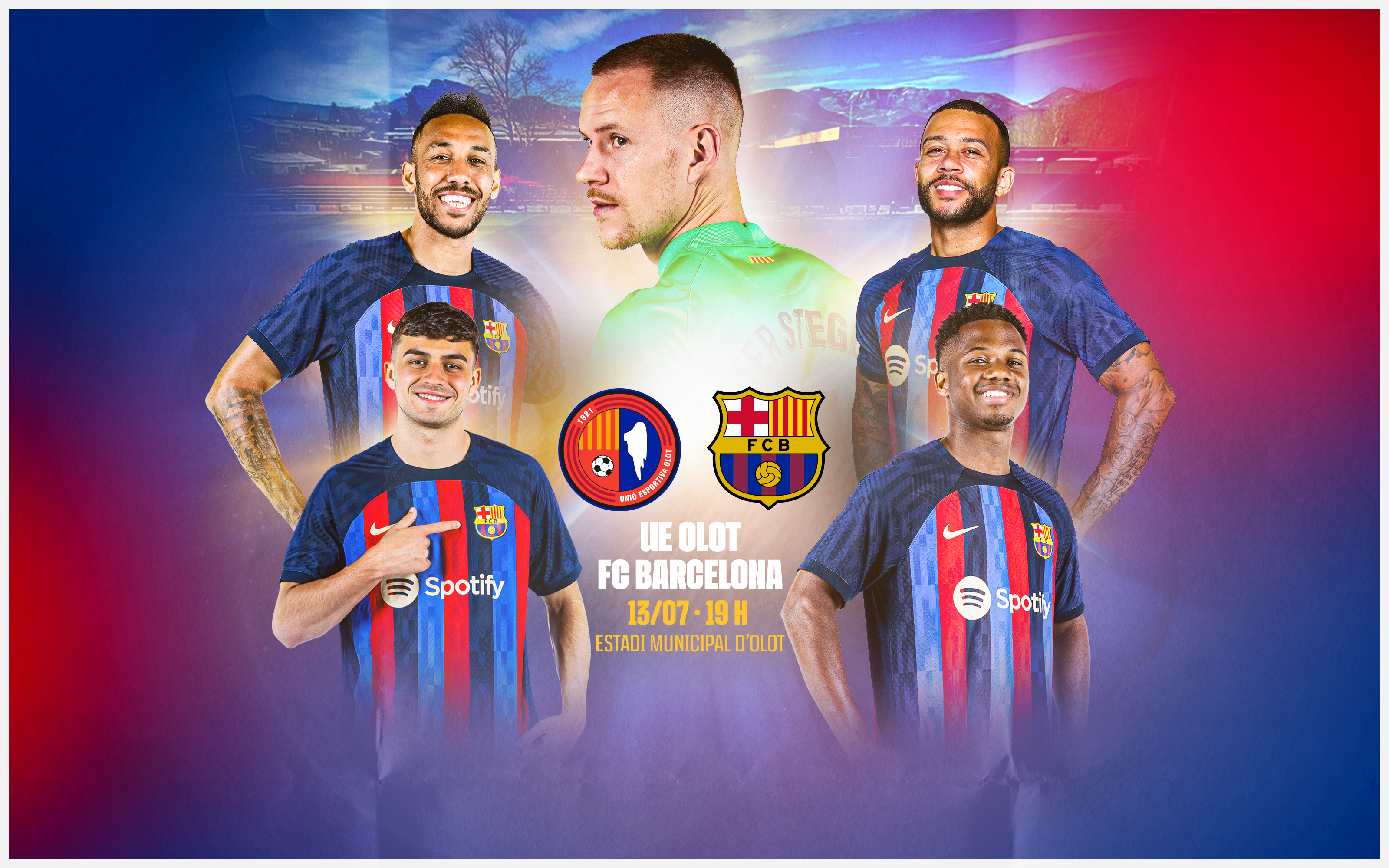 FC Barcelona will play its first friendly match of the 2022/23 pre-season against Unió Esportiva Olot on July 13, coinciding with the centenary year of the La Garrotxa club. The match will be played at the Municipal Stadium of Olot, kick-off at 19:00 CEST.

Barca actually start the 2022/23 pre-season on July 4 with the relevant medical tests and the first training session. The game against Olot will be the Catalans’ first game of the summer and six days before the first of FC Barcelona’s four games on their US tour (July 19 in Miami).

Xavi Hernández’s side begin their pre-season program against a team that has just been promoted to the Segunda RFEF. The La Garrotxa region team, coached by Manix Mandiola, finished second in Tercera RFEF Group V, before beating Sant Andreu and Girona B in the league qualifiers. Promotion to the Segunda RFEF was confirmed with a 1-0 victory against the CD Tenerife B side on May 22 in Las Rozas.

Away from the first team, Barca B and UE Olot faced each other last season, with the home side winning each match 2-1.