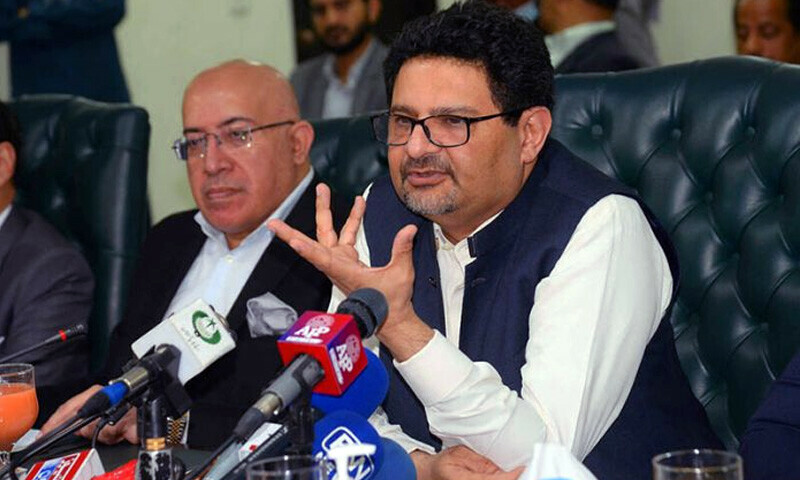 LAHORE: Finance Minister Miftah Ismail revealed on Saturday that “none of the friendly countries are ready to support Pakistan financially” because it “has an unbalanced economy”, caused mainly by a huge difference between imports and imports. exports.

He said that the government, in a bid to bridge the gap between exports and imports, had taxed manufacturing industries that had no contribution to exports, in addition to bringing in various other such sectors, including merchants and builders, in the tax net.

Mr. Ismail was addressing an interactive session with the business community, CEOs of major corporations, financial and legal experts and during a visit to a private health facility.

“What a country can do when its imports continue to increase and now [despite measures taken to ban import of various items] these reached $80 billion. On the other hand, our exports only bring in around $30 billion,” the minister said before asking his audience, “now tell us how, with such behavior, this country can move forward “.

“Furthermore,” he lamented, “none of our friendly countries is ready to give money to support us financially.”

While answering questions, he said the textile sector alone contributed $20 billion in exports. Due to the lack of diversification and value addition, many industries could not export and continued to import raw materials, etc., to manufacture their products, he pointed out.

“Therefore, we have decided to impose an additional 5% tax on manufacturers with no export contribution. We are doing this just to get them to start exporting and help bridge the gap between imports and exports,” he said. “When something from Pakistan can be exported, then why isn’t our manufacturing going there?” he wondered.

He said there were no problems with opening letters of credit (LC) for those involved in exports. “However, due to lack of dollars, we have imposed a ban on importing various items. That’s why opening LC for these importers is a problem, but not for those importing goods/materials for use. to manufacture export-related goods or those in desperate need of an emergent requirement,” he explained.

While talking about fixed tax, the minister said that there is a plan to collect a tax of Rs 41 billion from traders. Later it was changed due to some issues [type of shopkeepers, businesses volume, etc] and it was decided to have three types of fixed taxes – Rs3,000, Rs5,000 and Rs10,000. “Thanks to this, we will, initially, collect Rs27bn from this sector.

He assured the business community that the super tax would not be imposed for the next calendar year. However, he called on participants to help flood victims by donating 1pc of their earnings.

While discussing the massive devastation wrought by unprecedented rains and floods, Mr Ismail was overwhelmed with emotion as he passionately urged businessmen to help the government rehabilitate flood victims as well than damaged infrastructure.

Speaking at the offices of the All Pakistan Textile Mills Association, FM Ismail said the disparity in gas prices between different provinces would be “seriously reconsidered” and expressed hope that the issue would be resolved soon with the Cabinet approval.

On the issue of shortage of cash and problems encountered in obtaining customs clearance for imported consignments following the restrictions imposed by the State Bank, he directed the Governor of SBP to visit the APTMA office on next week to resolve all financial issues.

Where to find vegan restaurants