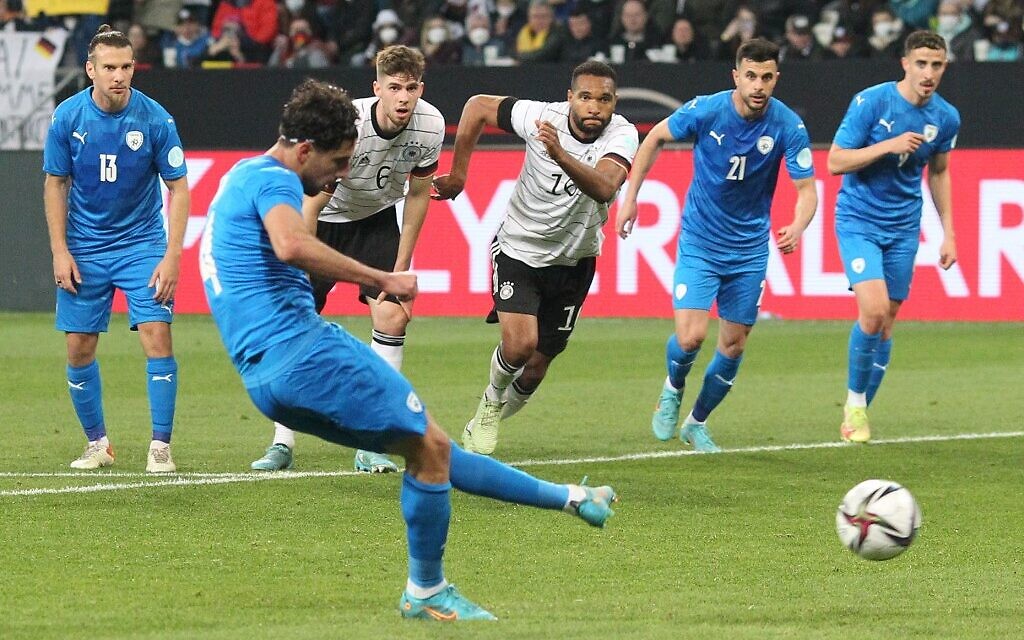 The German national soccer team beat Israel 2-0 in an international friendly at the Rhein-Neckar-Arena in Sinsheim on Saturday thanks to two goals from Chelsea stars Kai Havertz and Timo Werner.

After some key saves from Israeli goalkeeper Ofir Marciano, Havertz finally broke the scoreless tie in the 36th minute with a header from a corner. It was his 14th goal for the national team this season.

Germany added another goal before the end of the half, when Werner scored from a deflection from a free-kick just outside the box.

That would be the extent of the scoreline, as after the Premier League pair scored in the first half, Germany substitute captain Thomas Mueller and Israeli substitute Yonatan Cohen failed to convert attempts late penalties.

While the scoreline was tight, Germany were quite dominant on the pitch, despite missing several key players including midfielder/right-back Joshua Kimmich, defender Antonio Rudiger and winger Serge Gnabry.

“Overall it was a good performance from us for the first game of the new year,” Werner told broadcaster ZDF.

The match at German soccer team TSG 1899 Hoffenheim’s home was the fifth time the German national team has faced Israel in a friendly, according to soccer website 11v11, with Germany winning all five of those ties.

Twenty years ago, Israel received a beating from the German soccer team, losing embarrassingly 7-1. This German side would go on to the 2002 FIFA World Cup Final behind goalkeeper Oliver Kahn’s stellar play, before eventually falling to Brazil and star striker Ronaldo.

Germany will now face the Netherlands on Tuesday in Amsterdam. The team is looking to avenge a shocking 2018 World Cup, in which they failed to even make it out of the group stage.

Israel will host Romania on Tuesday at Netanya Stadium.

AFP contributed to this article.

You are a dedicated reader


We’re really glad you read X Articles from The Times of Israel over the past month.

That’s why we started The Times of Israel ten years ago – to provide discerning readers like you with must-read coverage of Israel and the Jewish world.

So now we have a request. Unlike other media, we don’t have a paywall in place. But since the journalism we do is expensive, we invite readers to whom The Times of Israel has become important to help support our work by joining The Times of Israel community.

For just $6 a month, you can help support our quality journalism while benefiting from The Times of Israel WITHOUT ADVERTISINGas well as access Exclusive Content only available to members of the Times of Israel community.

Thanks,
David Horovitz, founding editor of The Times of Israel

Already a member? Log in to stop seeing this

The Best Dog-Friendly Hotel in Every State | Yelp