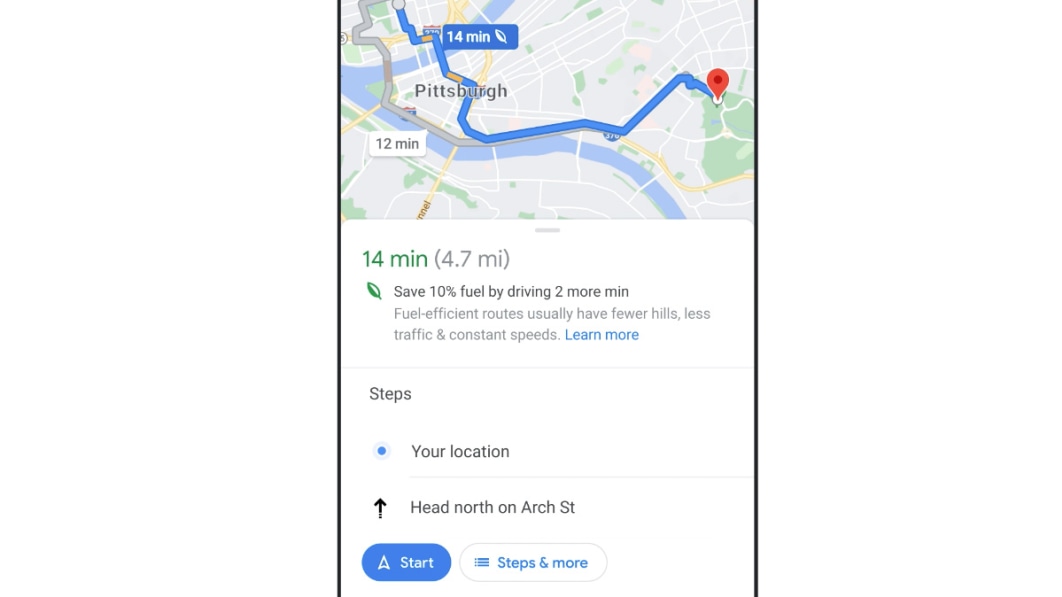 Google Maps is rolling out a pretty big feature update to its Android and iOS apps to give people an option to help reduce vehicle emissions. It’s called eco-friendly routing, and although it was announced a few weeks ago, we’re only just starting to see it appear on our phones.

Essentially, Google Maps will suggest a route that reduces fuel consumption. It may be slightly longer or take longer than the traditional “fastest” route, but the objective here is to save fuel. And in some cases, Google says, the fastest route will also be the most fuel-efficient route, so it will only share one option.

If multiple routes are shown, Google says it will show you the relative fuel savings (displayed as a percentage) and the ETA difference between the fuel-efficient and fastest routes. You can then choose between the two – the eco-route is marked with a green leaf to make sure you know what it is. If you prefer not to see the ecological route, you can deactivate the function and Google will only show the fastest route.

Now you’re probably curious how Google calculates this for every route imaginable. Google’s announcement says it uses both AI and “information from the U.S. Department of Energy’s National Renewable Energy Laboratory (NREL).” Of course, we all know that different cars can be more fuel efficient in different scenarios. Hybrids tend to excel in the city, and their fuel mileage often deteriorates on the highway. It’s the opposite of most gas-powered cars that excel on the highway, but could be much worse around town. This software would be in addition nice if you could customize it for a specific car, but that might be a bit too far right now.

If people actually use this new route, Google suggests it could avoid more than a million tonnes of carbon emissions per year, or be equivalent to taking 200,000 cars off the road. This is certainly not nothing, but it also means that you may have to accept arriving at your destination a few minutes later than is ultimately possible. Google pitches it as a way for you to save money on gas in addition to environmental help, so maybe that’ll be enough to entice people to go this eco-friendly route.

Start-up secures £ 700,000 in funding for app tailored for people with dementia – Med-Tech Innovation