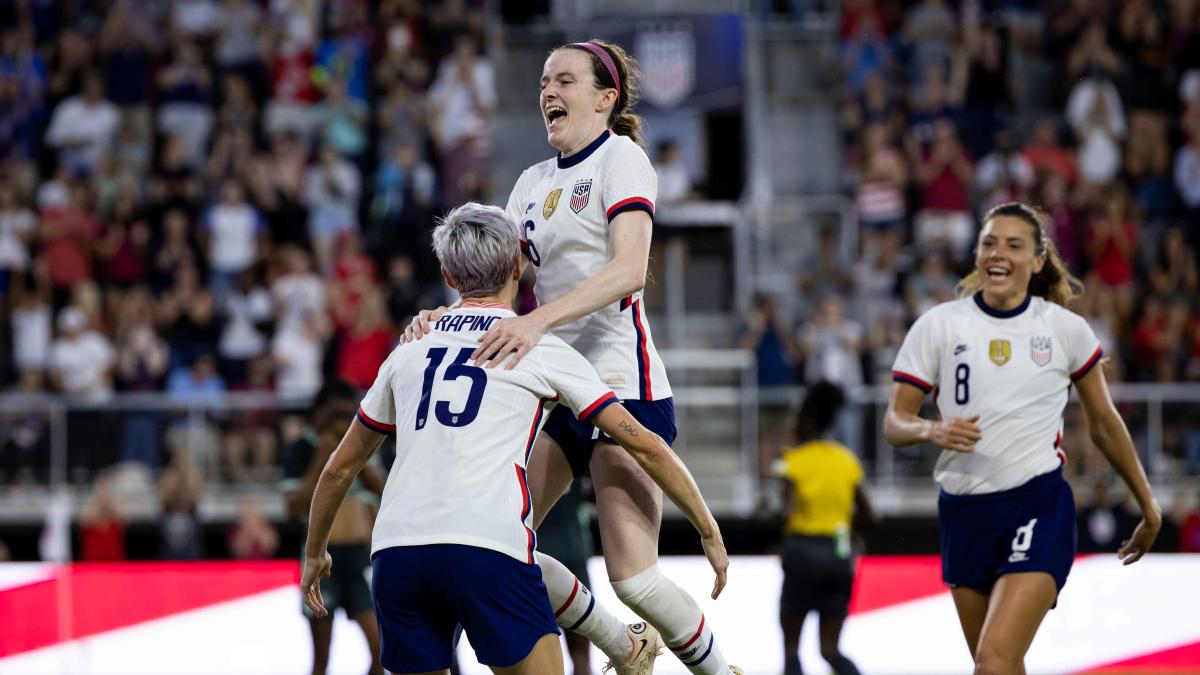 How to watch the USWNT v England at Wembley Stadium

The United States will face England in two highly anticipated matches over the next two months. Before the two men’s teams meet in a decisive match 2022 World Cup group stage match in Qatar, the women’s teams from each country will compete at one of the most famous venues in the world.

The United States Women’s National Team kick off a two-game European tour with a game against England on Friday. Although this game is an international friendly, the contest will provide an intense test for both teams ahead of next year’s FIFA Women’s World Cup.

Here’s everything you need to know about Friday’s USWNT-England game:

When is the USWNT match against England?

The USWNT takes on England at 3 p.m. ET on Friday, October 7.

Where is the USWNT match against England?

The contest will take place at Wembley Stadium in London.

A sold-out crowd of nearly 90,000 fans is expected to fill the building. In July, the Lionesses faced Germany in UEFA Women’s Euro 2022 Final at Wembley and won in front of 87,192 fans, breaking the attendance record for a European men’s or women’s championship.

Friday’s crowd is expected to be the highest for an American football game since the 1999 Women’s World Cup final at the Rose Bowl in which the USWNT beat China on penalties.

How to watch the USWNT vs England

Friday’s game can be viewed on FOX. Streaming is also available on FoxSports.com and the Fox Sports app.

What is the FIFA ranking of the USWNT?

The USWNT hold the No. 1 FIFA ranking heading into Friday’s game. The team have won back-to-back Women’s World Cups and are aiming for a treble next summer.

England are No. 4 in the FIFA rankings, behind the USWNT, No. 2 Germany and No. 3 Sweden.

When is the next USWNT game?

The Americans will play another friendly in Europe when they take on Spain at El Sadar in Pamplona on Tuesday, October 11. This game kicks off at 2:30 p.m. ET and can be viewed on ESPN2.

As of then, the USWNT has just two matches remaining on its 2022 roster. The team will host Germany on Thursday November 10 and Sunday November 13.

The FIFA Women’s World Cup 2023 will take place from July 20 to August 20 in Australia and New Zealand.