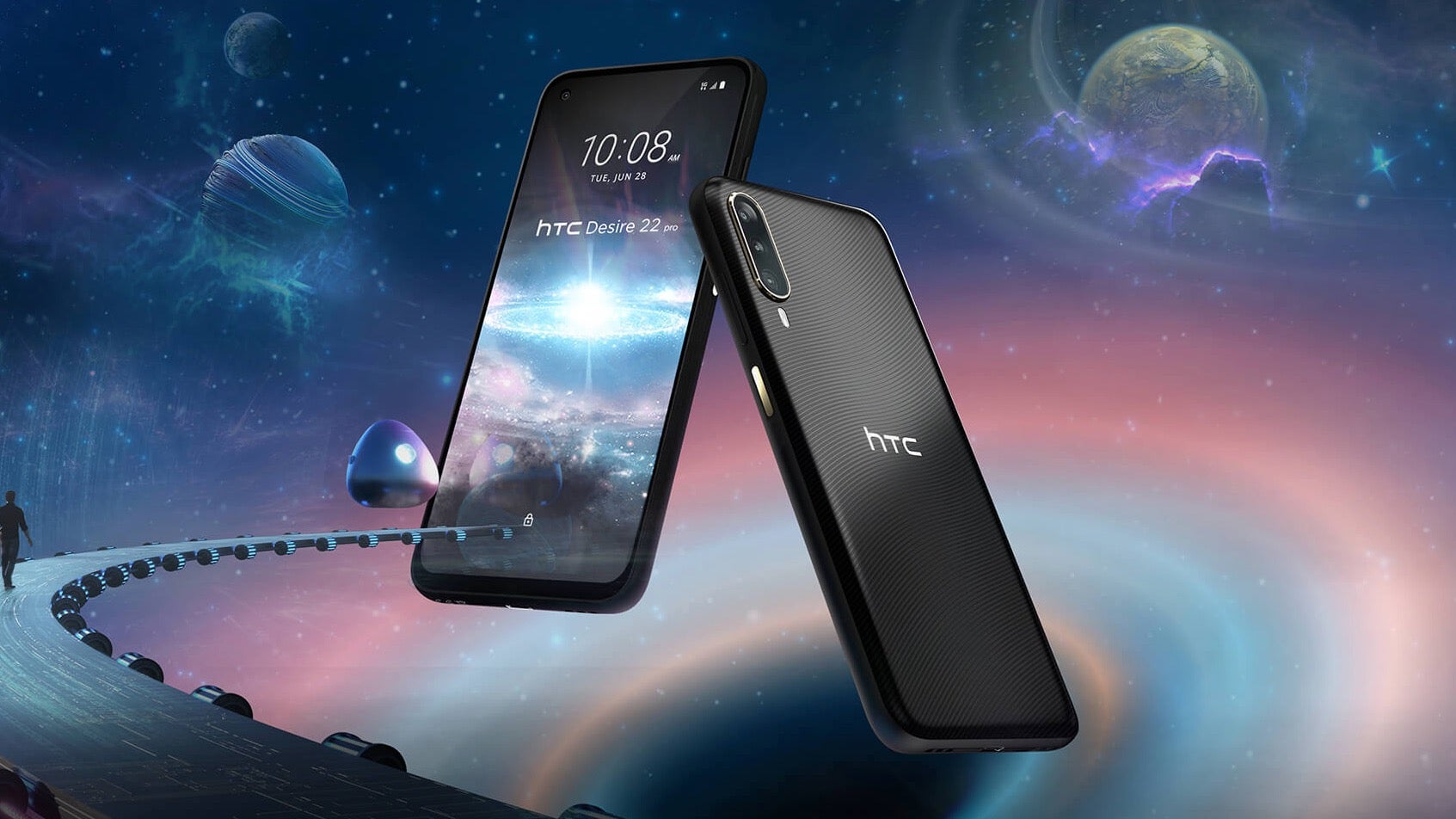 HTC has announced a new midrange smartphone with a unique metaverse angle, the HTC Desire 22 Pro.

The HTC Desire 22 Pro is described as “a powerful mid-range 5G Android 12 smartphone”, and it is positioned as the perfect partner for the brand’s VIVE Flow VR glasses.

At its core, though, it’s a fairly unassuming looking handset. Key specs include a 6.6-inch FHD+ 120Hz display and Snapdragon 695 5G, along with 8GB of RAM and 128GB of storage.

Its camera system is led by a 64 MP wide sensor with an f/1.79 aperture, along with a 13 MP ultra wide camera and a 5 MP depth sensing camera. There is a 32MP front camera for selfies and live streaming. It all sounds like a quintessential lower mid-range offering.

The advertised 4520mAh battery is a bit smaller than we expected at this end of the market, so we’ll have to wait and see how it performs. The IP67 certification, on the other hand, is quite rare in this category.

HTC’s pitch for the phone was taken from the company’s main focus these days: VR and the Metaverse. HDCP 2.2 support means you can wirelessly mirror content from platforms like Disney+ and Netflix, which should work well with VIVE Flow glasses.

Elsewhere, wireless charging is a rare provision in a mid-range smartphone, as is the associated reverse wireless charging. This last feature is obviously meant to power the brand’s aforementioned VR glasses.

The HTC Desire 22 Pro will cost £399 and is available for pre-order now ahead of its August 1 release.

It’s an understatement to say that HTC is no longer the smartphone powerhouse it used to be. After a top spot in the nascent Android smartphone market, a steady decline in fortunes resulted in HTC selling much of its smartphone business to Google in 2018. The company never officially exited the business, however. smartphones.