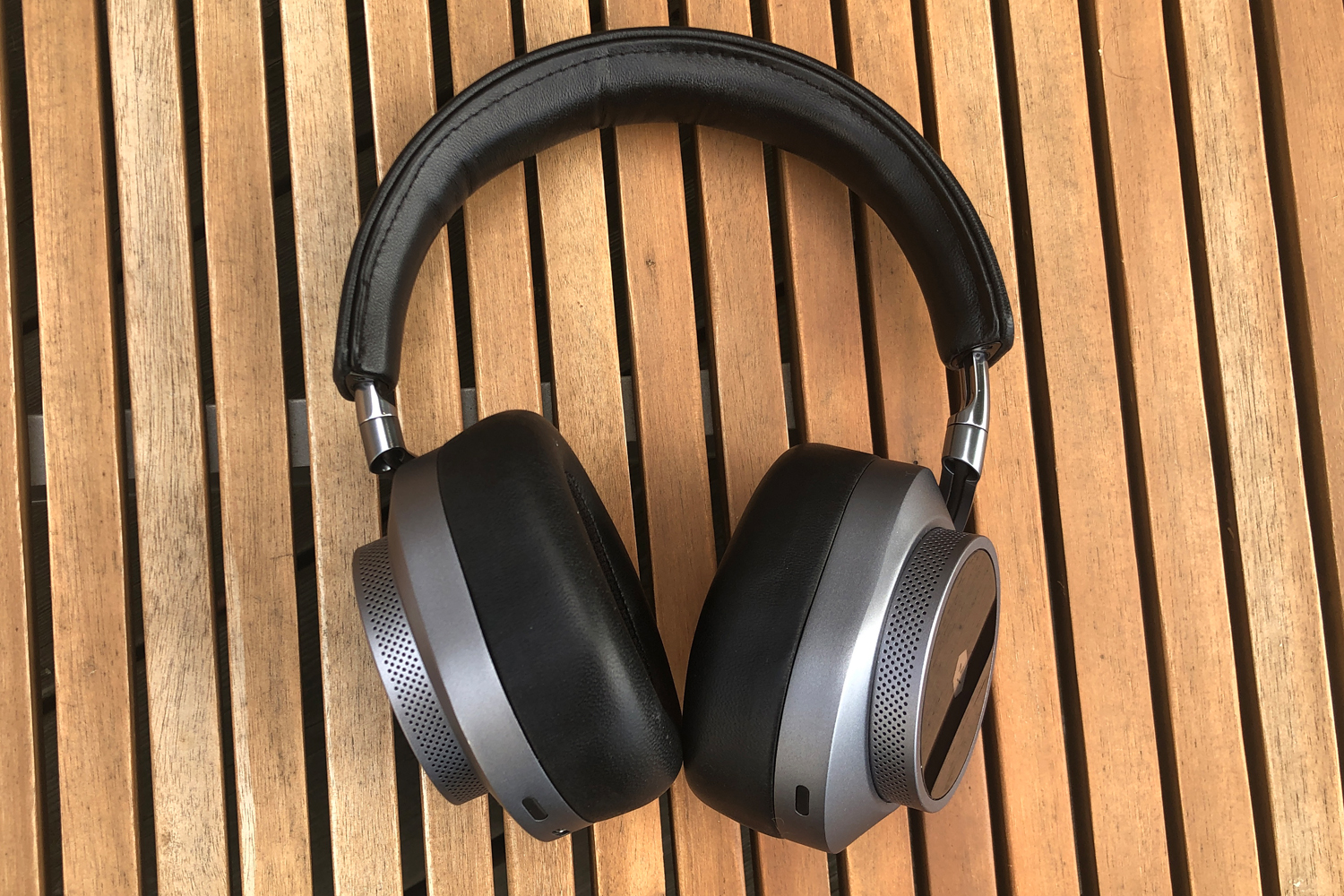 Master & Dynamic has been around for almost a decade now. During this time, it has established itself as a premium electronics supplier that incorporates premium materials and commands a premium price. So it’s no surprise to find that the MW75 headphones cost even more than Apple’s optimistically priced AirPods Max.

In another way, though, we’re forced to ask what Master & Dynamic thinks it can bring to the wireless, over-ear, and noise-canceling party that Bose, Bowers & Wilkins, Sennheiser, and Sony (to name a few). to name just four) don’t – despite the fact that their headphones cost hundreds of dollars less.

There’s only one way to find out…

It would seem that bigger, at least as far as Master & Dynamic is concerned, is better. The MW75s measure 161 x 198 x 84mm, which a) makes them even bigger than the beefy AirPods Max and b) means they’ll double the width of the average wearer’s head. Well, b) probably isn’t true in all cases, but it definitely seems to be.

So it’s just as well that the MW75 looks so good and is made from such tactile materials. The liberal use is made of aluminum (for the earcups, yokes, and hinges), tempered glass (for the exterior of the earcups, where it collects fingerprints like a crime scene investigator), and foam memory foam covered in lambskin (for pads and headband – bye, vegetarians, it was nice to meet you). “Forgiving” isn’t too strong a word to use here.

The build quality is unquestionable – everything that’s supposed to move does so with well-damped precision, and everything that just doesn’t. Although the MW75s are big headphones, at 338g they’re far from the heaviest and it’s not hard to feel comfortable inside. Once they’re in place, they stay comfortable for quite a while, and the generously filled ear cushions resist heat returning from your ear longer than many alternative designs.

The MW75s don’t fold in on themselves, but they do fold flat – so once they’re in their (nicely finished) soft carry case, they don’t take up as much space as they otherwise would.

The MW75 uses Bluetooth 5.1 for wireless connectivity, with SBC, AAC and aptX Adaptive codec compatibility. After the digital audio information has been streamed wirelessly on board, it is beamed to your ears through a pair of 40mm beryllium full-range dynamic speakers. It should be noted that the MW75 can be hardwired to a source (M&D provides a USB C/3.5mm cable as well as a USB-C/USB-C alternative), and if you choose to do so, the MW75 can support files up to 24-bit/96kHz resolution.

Really, though, you buy wireless headphones to listen to wirelessly, right? Of course you do. And used this way, the MW75 will last 32 hours between charges (that figure drops to over 28 hours if you keep the active noise-cancellation on) – which is strongly in the ‘good’ rather than ‘excellent’ category. Charging is done via the USB-C socket located on the lower edge of the right earcup. The quick-charge capability means a 15-minute pit stop results in an extra six hours of action, which we can all agree belongs in the “big” column. The inclusion of an adapter that wirelessly connects the MW75 to in-flight entertainment systems is also a really nice touch.

Four mics handle call quality and another four take care of noise cancellation. It’s safe to say that call quality is very good here – but when it comes to ANC, we’ll save that for the “Performance” section…

There are no capacitive touch controls on the MW75. After all, the glass finish that Master & Dynamic chose for the exterior of the ear cups is already keen on retaining fingerprints…

Instead, there are a few physical controls spread out on either side. On the left you’ll find a small button covering power and Bluetooth pairing, just below an equally sized button that cycles through the noise cancellation options you’ve specified in the M&D smartphone app Connect. On the right, volume up and down buttons are positioned either side of a multi-function button covering play/pause, track skip and calling your phone’s voice assistant. They are all noticeably spaced from each other, and user errors should be very rare.

The control app itself is beautiful, stable, and useful as far as possible. Noise canceling options are good – choose between off, on and ambient, then select from the sub-menus (on max, all day offerings – basically sort of on and adaptive. Ambience can be toggled between voice and consciousness). There are four EQ presets: Bass Boost, Bass Cut, Podcast, and Audiophile. Those first three are self-explanatory, as it turns out audiophiles like aggressive, high-pitched sound. Of all the EQ settings, I like the best – by far.

So with the EQ presets fine alone and a stream derived from TIDAL by Tom Waits jersey girl As they play, the MW75s are quick to establish their many strengths and very few weaknesses.

On the plus side, they are an insightful, detailed and well-focused listener. The soundstage is pleasingly large, open and very well organized, so recordings never stumble over themselves or get cluttered. There’s more than enough space for every element of the song to come through easily. The MW75 retains and delivers so much detail that every strand sounds full and complete.

The low frequencies are properly shaped, well controlled and hit nice and hard – so there’s weight and momentum to the sound. The midrange is equally informative, with so much insight into the unmistakable voice that it almost sounds painful. And at the top end there’s plenty of bite and crunch, but – as long as you’re not tempted to fiddle with the EQ settings – this translates to ‘brightness’ rather than ‘harshness’.

The MW75 does a good job of knitting the frequency range together, keeping the accents even and not overdoing any areas. There’s a very pleasing unity to the way the song is delivered, and the well-raised low-end helps with the naturalistic rhythmic expression. Dynamic headroom is also very decent, so that a significant distance can be put between the quietest and loudest occurrences of a recording. And the less obvious, but no less significant harmonic dynamics are also fully expressed.

When it comes to audio performance, therefore, the news is almost entirely good. The only flaw of any Note, in fact, is the minor but obvious ‘operational’ sound the headphones produce once they’re turned on. There’s a little bubbly sound just below the background noise that’s easily overwhelmed by all but the quietest passages of music. It seems unlikely to spoil your listening pleasure, but it’s worth noting that the overwhelming majority of alternative wireless on-ear headphones, even at a fraction of this price, manage to avoid something like this.

And active noise cancellation is also slightly compromised. Admittedly, this doesn’t impact the overall sound of the MW75 (which is a good thing) but even at maximum it doesn’t process external sounds as decisively as it could (which doesn’t is not the case). There’s a big reduction in the amount of ambient sound that creeps in, of course, but mid-range sounds in particular can break through the Master & Dynamic perimeter and become part of everything you listen to. A number of more affordable alternatives can do a more thorough job for you.

In the final analysis, the Master & Dynamic MW75 is tricky. If you like nice things, want it to be obvious to viewers that you don’t mind paying for nice things, and want a pair of wireless noise canceling headphones that sound true and true, check them out by all means.

But a lack of noise-canceling effectiveness, along with a price that could cause a double take, doesn’t exactly make it a default choice.