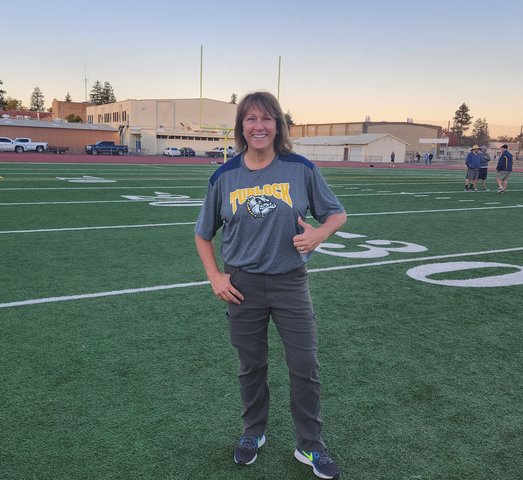 All eyes will be on college football game tonight between the Bulldogs of Turlock High and the Trojans of El Dorado High in the CIF Sac-Joaquin Division I Section Playoff Semi-Finals. Among those watching, Turlock Mayor Amy Bublak and El Dorado County Supervisor John Hidahl agreed to a friendly bet that the individual whose home team loses must wear the jersey of the other team.

Bublak and Hidahl have connections to the El Dorado and Turlock regions. Bublak grew up in the El Dorado area while Hidahl was born and raised in Ceres. Both spoke about the bet surrounding the highly anticipated match between the two programs.

“I grew up in El Dorado County and moved to Turlock 30 years ago,” Bublak said. “I thought it was a great opportunity to do something fun around this football game because those two teams are part of my roots, but of course my bet is on the Bulldogs.”

Hidahl attributes the idea to Bublak, stating that he was unaware of the connection each of them had with the two regions until she called him.

“I couldn’t believe that when the mayor reached out, we each share the same geographic history between the two counties,” Hidahl explained. “It makes this bet even more interesting, and I hope she is ready to put on the Trojan jersey.”

Tonight’s game will be the Bulldogs’ first semifinal since the 2002 season. The game is scheduled to start at 7 p.m. in El Dorado Hills. Tickets can be purchased from the Oak Ridge High School ticket page through the GoFan website.

Why your law firm isn’t ranking on Google (and how to fix it!)

How to Host a Low-Emission, Climate-Friendly Thanksgiving Feast