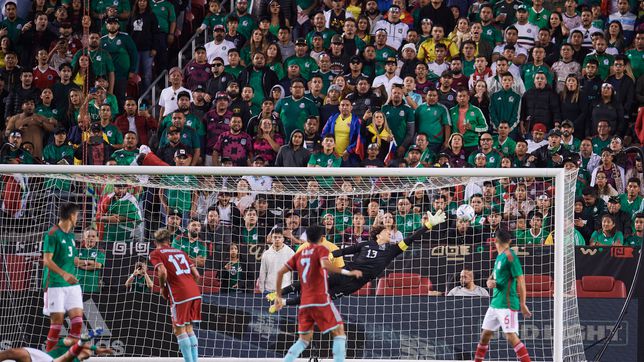 It was meant to be a celebration for the Mexico national team in their last match of the international window before the start of the FIFA World Cup and with Andrés Guardado celebrating his 177th international appearance.. El Tri started strong with the pressure high and it paid off early in the game with Alexis Vega scoring from the penalty spot in the 6th minute.

Mexico kept pushing and in the 29th minute Gerardo Arteaga gave them the 2-0 lead. It was a great play from El Tri as Erick Gutierrez threaded the needle to find the left-back inside the box and Arteaga was able to beat goalkeeper David Ospina. Mexico will return to their locker room with a comfortable lead, but Colombia would have the last laugh.

In the 49th minute, a powerful header from Luis Sinisterra from a corner kick started Colombia’s comeback. Three minutes later, once again, Luis Sinisterra found the back of the net following a superb cross from Rafael Santos Borré to equalize at the start of the second half. Colombia kept pushing and in the 68th minute Wilmar Barrios scored a stunner from range to give them the 3-2 win.

Mexico were unbeaten in their last seven games before the start of a World Cup and this is their first defeat since 1994. It was the last international window of the year and El Tri manager Gerardo Martino will have until November 14 to announce the final roster to travel to Qatar in November and he has a lot of work to do.