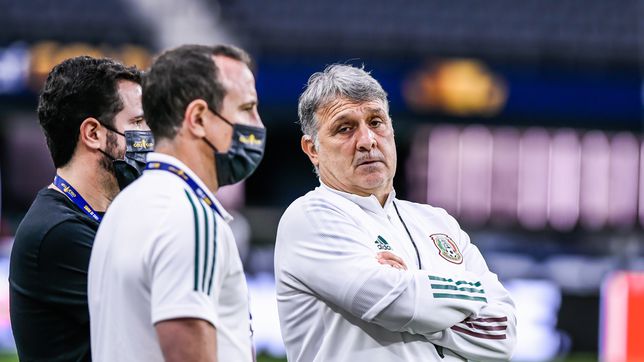 The Mexico national team will continue their preparations for the FIFA World Cup with a friendly match against Paraguay on August 31 at the Mercedes-Benz Stadium. This game is not during the FIFA international break, so only Liga MX players will be available for head coach Gerardo Martino and he will have the opportunity to see who could be included in the final list which travels to Qatar in November.

Unfortunately for Martino, two players will miss the friendly against CONMEBOL as they picked up injuries over the weekend with their respective clubs. The first is Henry Martínwho scored in Club América’s 3-1 win over Mazatlán on Saturday, and the second is Sebastián Córdovawho picked up the injury in the 1-1 draw with Pumas in midweek.

The Club América striker has been at the top of his game this tournament with six goals and four assists in 10 appearances.. Henry Martín suffered a muscle injury in his left thigh against Mazatlán and he was replaced in the 72nd minute by Federico Viñas. The Mexico international is expected to recover soon, but América decided it was best for him not to travel to Atlanta, Georgia to play against Paraguay.

Gerardo Martino therefore decided to call Ángel Zaldivar from Chivas de Guadalajara to replace Martín for the next friendly match. The Mexican striker is eager to play in the World Cup and this will be his chance to defend himself to prove he can be an attacking option for the Mexico national team.