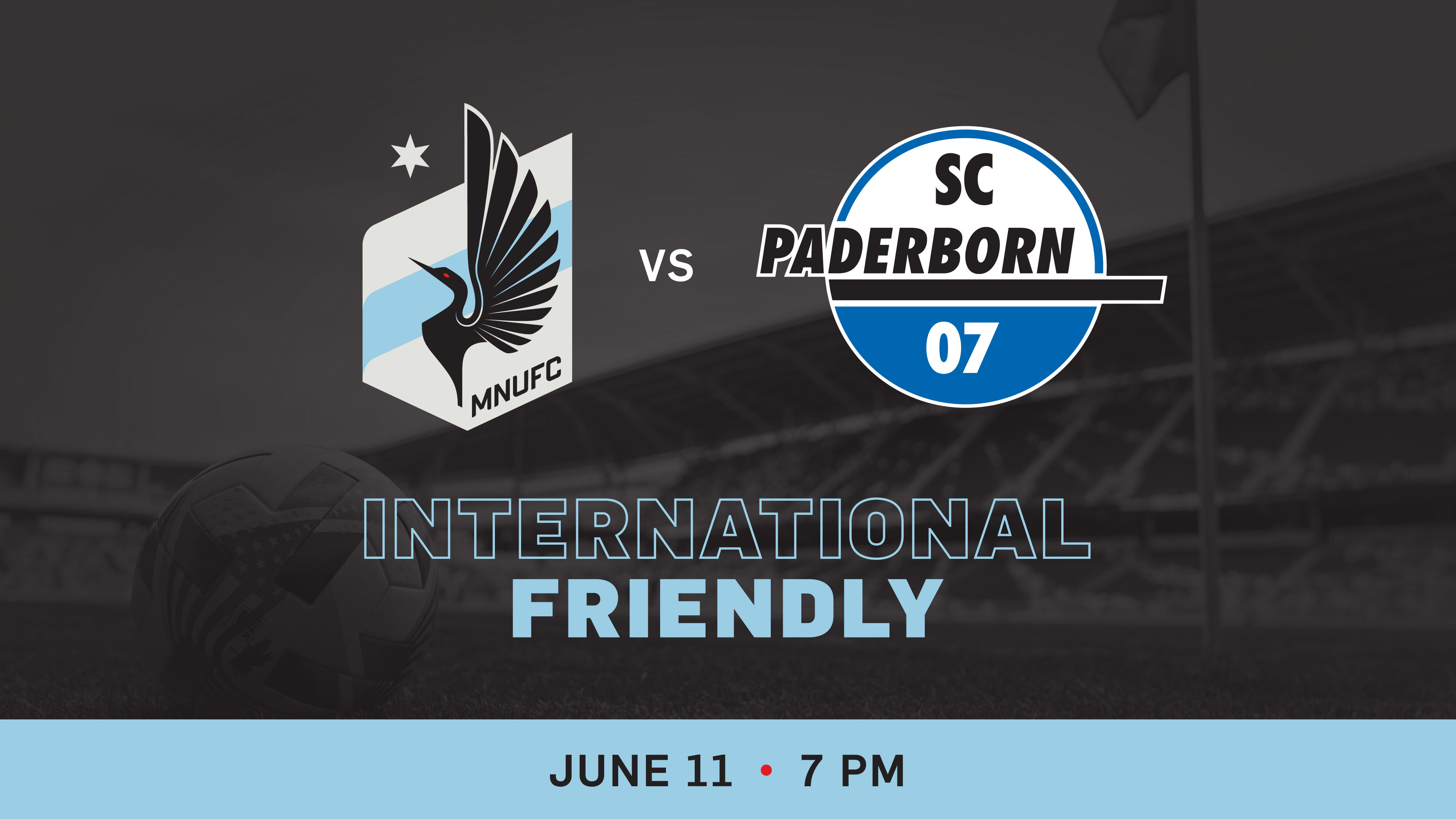 Minnesota United announced today that they will host Bundesliga 2 side SC Paderborn 07 as their 2022 Season International Friendly on Saturday, June 11 at 7:00 p.m. CT at Allianz Field. Subscribers already have a ticket for this match – the 18th in their season ticket package – while general public tickets go on sale in early February.

“We are delighted to continue our relationship with the Bundesliga by welcoming another historic club to Allianz Field,” said MNUFC CEO Shari Ballard. “We’ve had great success with our international friendlies, and we’re continually looking for additional opportunities to bring the game of the world to our Minnesota football community. We have fantastic programming coming to Allianz Field this year, including a critical USMNT World Cup qualifier in February and the MLS All-Star Game in August. We couldn’t be happier to also include this game with SC Paderborn 07 and can’t wait to share it with our fans.

The roots of football for SC Paderborn 07, based in Paderborn, North Rhine-Westphalia, go back to 1908. Where the club emerged from a large number of predecessor clubs. In 1985, TuS Schloß Neuhaus and FC Paderborn merged to form TuS Paderborn/Neuhaus, which was renamed SC Paderborn 07 (SCP07) in 1997. In 2005, SCP07 was promoted to the 2nd Bundesliga, where they competed until the 2008/2009 season.

The club’s biggest milestone was the promotion of Paderborn to the Bundesliga in 2014. In the 2015/2016 season, the club returned to the 2nd Bundesliga. Under new management, Paderborn achieved its turnaround. Make the jump from the 3rd division to the first division twice. Currently, Paderborn play in Bundesliga 2 where they are in 9th place.

Season subscribers, members of The Preserve and newsletter subscribers will have access to pre-sales for this international friendly in early February before tickets are made available to the general public.

Get tickets to the first five regular season home games in 2022 now before single-game tickets go on sale in February with the First Five ticket package. Check our website at mnufc.com for more information and follow Minnesota United’s social media channels for regular club updates.