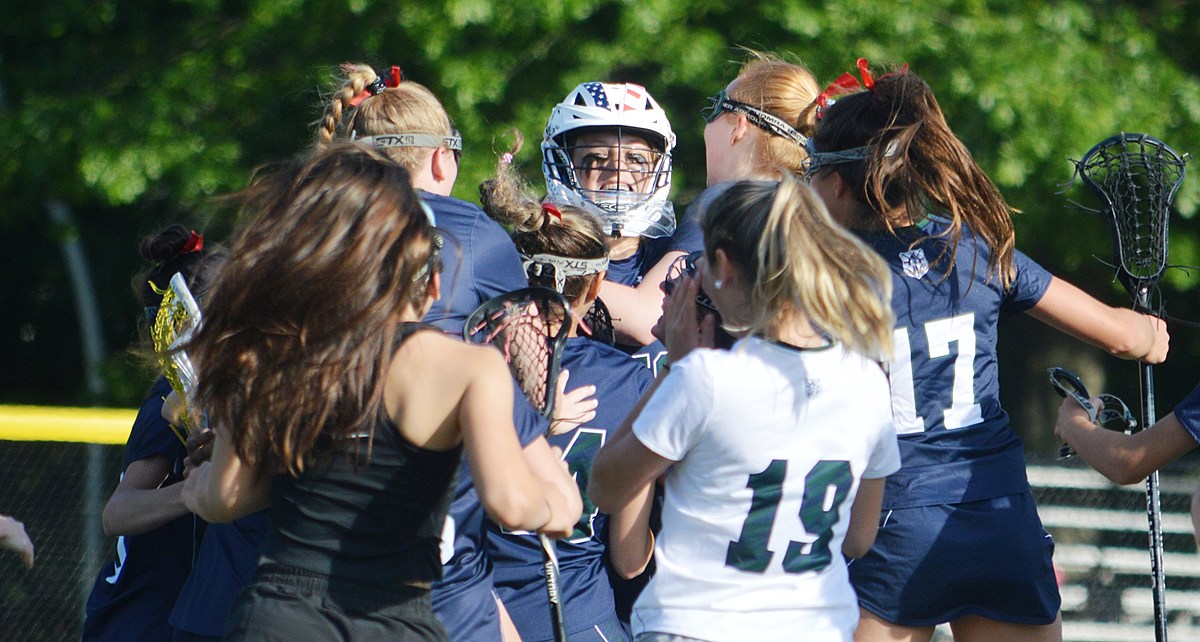 The Montclair Kimberley women’s lacrosse team has had some heartbreak over the past two years when it came to championship finals.

The Cougars recently lost their fourth final in four attempts.

But when it comes to their battles with arch-rival Montclair, Montclair Kimberley had been four-on-four in the last four games between the teams, heading into Wednesday’s game at Woodman Field.

It was 2013 when the RCMP last won a game between the two teams, but there was a four-year hiatus between the schools’ clashes.

Despite MKA’s recent wins, almost every game had a one goal difference.

And it looked like it could be tight again on Wednesday as the game was tied at half time at three.

But Montclair Kimberley’s offense, combined with the play of second-year goaltender Orly Sedransk, cut Montclair’s chances, putting the game away, 8-4. The Cougars managed to clear the clock for most of the final 10 minutes.

Montclair finished the season at 9-9. Montclair Kimberley finished the 2022 season with a 10-10 record after losing 16-1 to top-seeded Oak Knoll in the non-public Section A playoffs on Thursday, May 26. The Cougars were the eighth seed in the state playoffs.

Columbia-Walsh, the Cougars’ leading scorer, said Montclair’s loss partly makes up for the recent loss to Princeton Day in the Prep B Final.

“It’s amazing, and it’s a great day when you beat Montclair,” said Columbia-Walsh, who was also part of the MKA team that beat Montclair in the battle between the two women’s basketball schools. This year.

She credited the victory to Sedransk, who made a dozen saves, especially in the first half, when Montclair’s top scorers like Giordano, Naturale and Morganlander were mostly blocked by the goalkeeper. “She’s amazing, and it’s because of her that we won,” said Columbia-Walsh.

Sedransk said the win over Montclair was perhaps his most played game this season. “I could see the ball very well, and it was like I was seeing it in slow motion,” she said.

Without her, Montclair could easily have had a few-goal lead heading into the second half, changing the tone in the final 25 minutes.

At halftime, Montclair Kimberley made adjustments to rectify the problem with turnovers in the first half, and it worked. “We did a lot better with our passing and shooting in the second half,” Columbia-Walsh said. “We also talked about being calm and that it was a 0-0 game.”

With the game improved, the Cougars offense kicked into high gear with a pair of unanswered goals from sophomore Aeryn Curren that put Montclair at 5-3 in the first six minutes of the second half.

But Montclair regained the upper hand when Martin fired a shot from Sedransk on a free play to cut MKA’s lead to one, 5-4, at 17:42.

Half a minute later, Columbia-Walsh scored a game-winning goal as she pushed the lead to two goals again, 6-4, and Montclair did not come any closer.

In the first half, Montclair took the lead a few times, even with just over a minute remaining when Martin fired a shot from Sedransk for a 3-2 RCMP lead.

But Columbia-Walsh came back just over 10 seconds later to tie the game at three with a tricky angled shot that was pressed by Montclair junior goaltender Talia Cohen-Vigder.