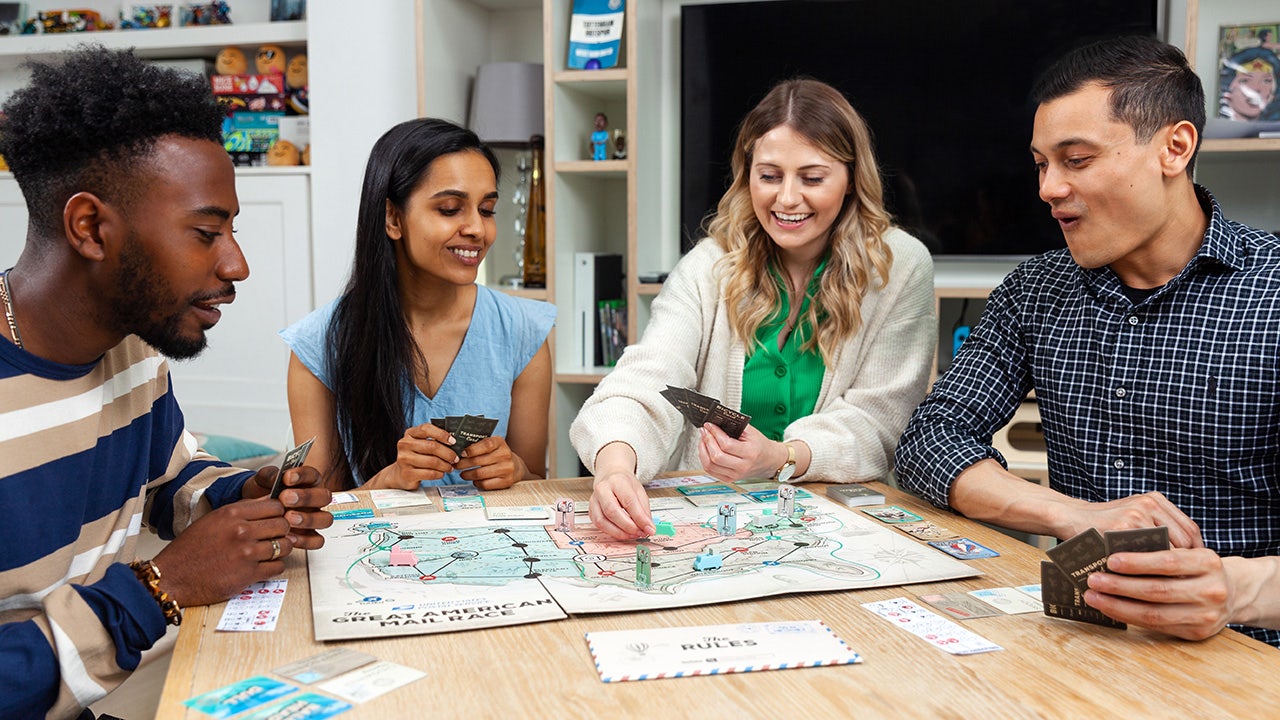 Think you have what it takes to be the best postman in town?

The family game, as described by the organizations in a press release, challenges players to “work” for the USPS.

It also challenges them to prove that they are the “best postman” in the group.

The game’s objective is to deliver as much mail as possible to some of America’s most iconic cities such as Jackpot, Nevada, and Whynot, North Carolina, according to a press release.

There are 13 means of transport players can use to complete their “postal route”, including the Pony Express, a 4×4 truck, a hot air balloon, and a rocket.

Players score points by delivering mail in all four regions of the United States.

The game’s design seems to sport a nostalgic flair.

It uses officially licensed USPS logos and artwork and a replica of a mail collection box stamp, which players can use to stamp their packing slips and tracking points.

Dean Tempest, CEO and co-founder of Big Potato Games, said in a statement that the game reflects the close relationship that a majority of Americans have with their own postal carriers in their neighborhood.

“The United States Postal Service is the most beloved federal agency and people have such a special connection to their local mail carrier,” Tempest said in her statement shared with Fox News Digital.

“We are thrilled to launch USPS: The Great American Mail Race, which celebrates America’s postal workers and more than 245 years of USPS history, while providing a first-class game night for families and friends.

USPS: The Great American Mail Race is available on Target.

Every purchase of the game directly supports the United States Postal Service, the organizations said in a joint press release.

PaydayNow: How can parents get student Forgiveness for Loans?