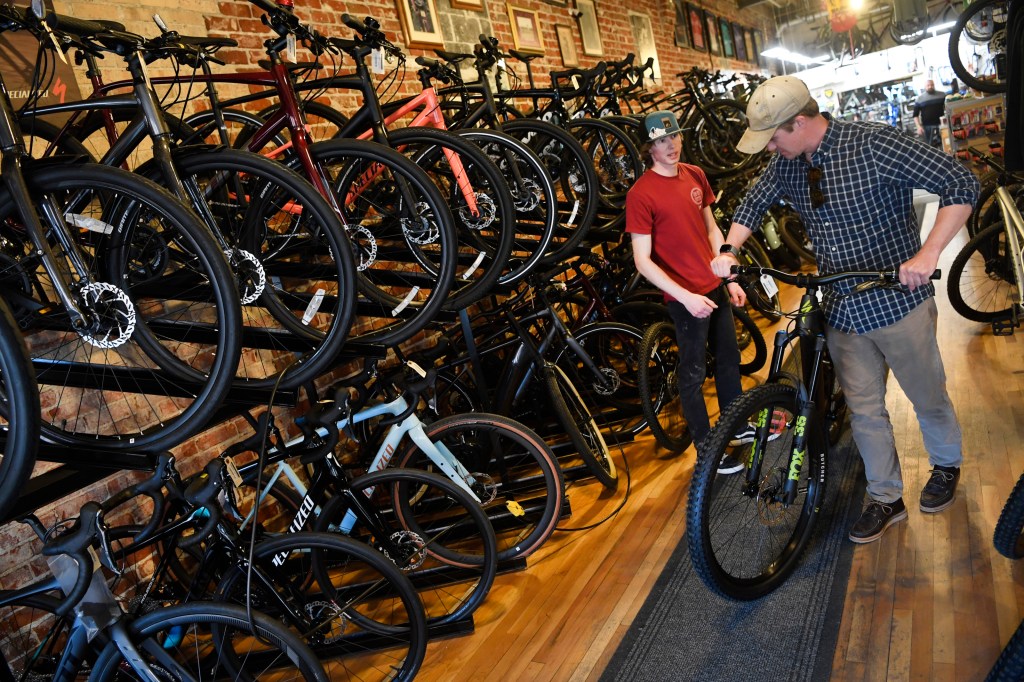 Editor’s note: This is part of The Know’s new series, Staff Favorites. Each week, we’ll give our take on the best Colorado has to offer when it comes to dining, shopping, entertainment, outdoor activities and more. (We’ll also show you some hidden gems).

One of the things I like about a bike, ski or mountaineering store is how their salespeople and service technicians treat customers.

When John Polli was treated rudely at a local bike shop two decades ago, he saw a market opportunity and decided to compete with the offending shop. It’s one of the reasons he started Peak Cycles in Golden, my favorite bike shop.

“I’ve always been annoyed when you walk into a store and someone gives you attitude,” Polli said. “I was like, ‘This is ridiculous, I’m going to open a bike shop. These guys are total (jerks).’ Three months later, I had my own bike shop.

Over the years I have purchased two bikes from Peak Cycles. I have all my maintenance and repair work done there and I have always been impressed by the respect and patience that its technicians show to customers. It’s clear they understand that friendly, helpful service builds customer loyalty.

“We have a kind of family atmosphere,” said Dan Dwyer, who has worked there for 12 years. “When someone walks through the door, it’s not about us, it’s about them.”

The location is part of the reason I love Peak so much too. It is located in the heart of downtown Golden at the corner of 13th and Washington. The headquarters of Denver-based Icelantic Skis is located in another corner. Bentgate Mountaineering, my favorite store for ski touring, is half a block away, and there are all kinds of cool shops and restaurants nearby that make downtown Golden vibrant.

This intersection is also a hub for Denver cyclists heading to Lookout Mountain, the metro area’s most iconic ride, as well as other great rides and trails nearby.

“Having access to a climb like Lookout Mountain is very, very unique,” ​​Polli said. “That’s one thing I love about Golden, having Lookout Mountain and all the trails right there. It’s a cyclist’s paradise, that’s for sure.

The history of Peak Cycles is also quite unique. The company started in 1998 after Polli graduated from Colorado State University. He was a competitive mountain biker at the time, and he became interested in the selling potential of the Internet just as the dot.com boom was beginning. Returning from Englewood to Fort Collins one night after a dot.com presentation, he decided he wanted to start a website to sell bike parts. The next day he registered the domain name bikeparts.com, which is still going strong today.

In 2003 he opened a small bike shop on Old Golden Road to support the website. Three years later, Peak Cycles moved to downtown Golden next to the Higher Grounds Cafe, a favorite cafe for Golden residents, and then to its current location in 2009. The Great Recession was underway, but business was good for the bike shop and bikeparts.com.

“People were riding their bikes,” Polli said. “It was a bicycle boom. Whenever something weird happens in the world, people turn to bikes, whether it’s gas prices or COVID; It’s strange. I don’t mean it’s recession proof, but it’s what people are turning to because it’s a cheaper form of staying healthy.

Today, about a third of its revenue comes from bikeparts.com, while the bike store accounts for the rest. At the height of the pandemic, it was around 50-50.

“We are the brick and mortar of bikeparts.com,” Dwyer said. “It’s a symbiotic relationship. Many of the parts that someone orders from bikeparts.com can be here in the store, and they can stop by to pick them up. At the same time, (bikeparts.com) caters to the whole country (and even) internationally.

Subscribe to our weekly newsletter, The Adventurist, to get outdoor news delivered straight to your inbox.