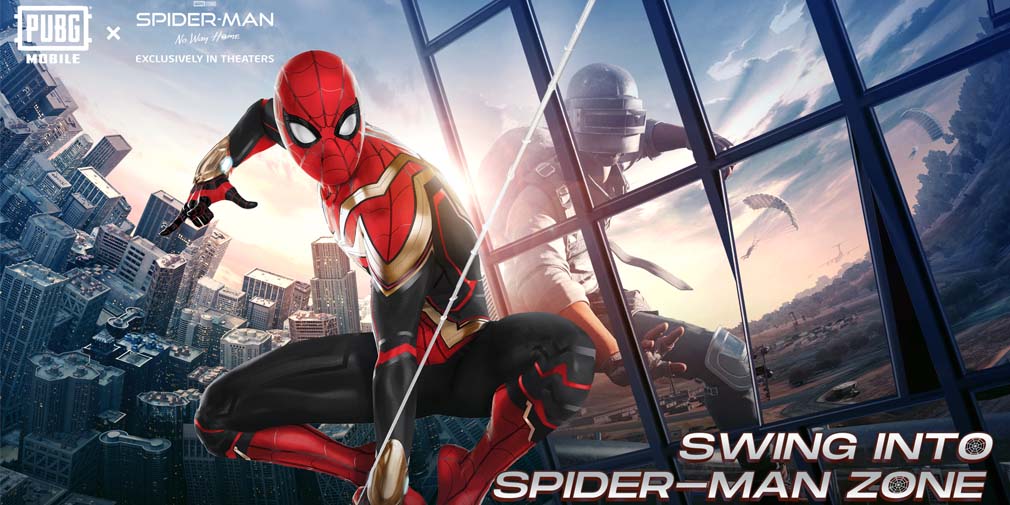 Erangel is about to get a new web update as PUBG MOBILE welcomes Spider-Man to the Battle Royale game. To celebrate Spider-Man: No Way Home, the hit survival shooter is teaming up with Sony Pictures for the 1.8 version update in mid-January, bringing plenty of exclusive in-game goodies to players next month. .

PUBG MOBILE fans will not only score collaboration graffiti simply by completing in-game missions, but they will also be able to experience the 1.8 update in a whole new way when our friendly neighborhood wallcrawler hits UK cinemas on December 15.

“Spider-Man is one of the most beloved characters both in the superhero world and more broadly in popular culture.“said Vincent Wang, Head of PUBG MOBILE Publishing, Tencent Games.”The opportunity to team up with Spider-Man: No Way Home means we can bring the excitement and anticipation of the movie and the character to PUBG MOBILE, something we’re sure our players and fans of Spider- Man will love it.”

“This exciting collaboration will allow fans around the world to expand their engagement with their friendly neighborhood Spider-Man through PUGB MOBILE’s cutting-edge gaming experience – all while on the go with their mobile phones.said Jeffrey Godsick, executive vice president of global partnerships and brand management and head of location-based entertainment at Sony Pictures Entertainment.

Details on the PUBG MOBILE x Spider-Man: No Way Home promotional partnership are quite sparse at this time, but more information will be revealed when version 1.8 launches in mid-January. For now, the Arcane Collaboration (embedded above) is ongoing, and you can try the game as PUBG MOBILE is available for download on the iOS app store and on the Google Play Store for Android devices. It’s a free game with in-app purchases.

Want more survival shooters? Why not take a look at our list of the 9 best Battle Royale games for Android phones and tablets?

Ultimate eco-friendly gifts to buy for your parents