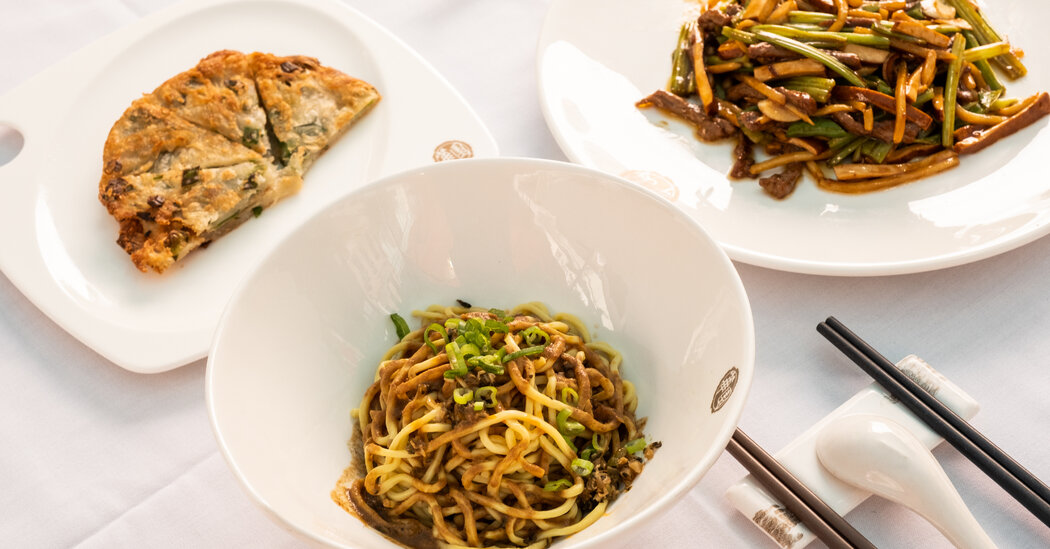 It’s time for questions from the readers again! This month, I’m responding to emails that may at first seem specific to their senders, but will surely apply to a good portion of Where to Eat readers, including where to take a crew with many dietary restrictions. and how to introduce a 10-year-old to the New York restaurant world. If you have a question about a restaurant — or your own recommendations — email [email protected], and you might see your answer here.

I’m looking for an avant-garde restaurant in New York to celebrate my daughter’s medical graduation! Eight people, two of them gluten-free, one of whom (the graduate) is also allergic to almonds and nuts, and prefers plant-based meals. The rest of us are more omnivorous, but not super adventurous diners. We are all Covid aware so outside would be a bonus. I would like to make this special for her. -Barbara H.

This isn’t the only graduation email I’ve received (for another reader, Lori G., Hwa Yuan in Chinatown is a great idea) but it’s a refreshing challenge. Congratulations to your daughter on her graduation and congratulations to you on the cookout reservation you are about to make at Premier Bar in the East Village (I called and, yes, they have room for eight people outside). The only sign of nuts or almonds is in two of the salads, and veg-centric options are ubiquitous on the menu: beets with pistachio pesto; burrata with peperonata; broccolini with Italian dressing. Even better, there are gluten-free versions of their many pasta dishes. Adventurer or not, who doesn’t like pasta! (If you want to get into plant-based meals, check out my list of vegan meal recommendations.)

I have a friend who is taking her 10 year old son to New York for the first time. She asked me for food recommendations, but I don’t have kids and can’t tell her what the best kid-friendly places are. No suggestions? — Kari S.

I recently enjoyed brunch with family friends and their 7 year old at Penny Bridge in Long Island City, Queens, where the elementary school student in question loved double chocolate waffles with caramelized bananas and silky cheesy scrambled eggs. (There’s also a kids’ menu that comes with crayons!) And if going to Queens isn’t an option, your friend can always count on pancakes and breakfast platters at At Bubby’s in TriBeCa.

As for dinner, any child or adult will love the brick oven pizza at John’s of Bleecker St., open since 1929, in the West Village. It’s a pizza with a side of history! There’s also the option to dig into a bowl filled with ramen at Hide Chan in the center east. And I’m going to assume a visit to the incomparable American Museum of Natural History is involved, so I recommend lunch or dinner at The Han dynasty on the Upper West Side, where there are plenty of kid-friendly favorites like fried rice and scallion pancakes, as well as adult-friendly options like mapo tofu.

I would like to know: Where do you go to eat a good salad in town? —Yaniv K.

My first thought: the insalata verde at Via Carota in the West Village. But there’s also what Pete Wells called “the One True Kale Salad” at Barbuto, also in the West Village. And I’ve never, ever had a bad chopped salad at Leo in Williamsburg. by Pietro in Midtown East is still serving the platonic ideal of a Caesar salad after all this time, and in Regina’s grocery store on the Lower East Side — across from the Vegan Caesar in Pizza Scarr – you can always turn any of their sandwiches into a way above average salad. Genius! And one of the editors of this newsletter, Tanya Sichynsky, said that I would be remiss if I didn’t include Thai dinner baan salad with crispy rice, avocado and herb rain, which you can find at NoLIta.