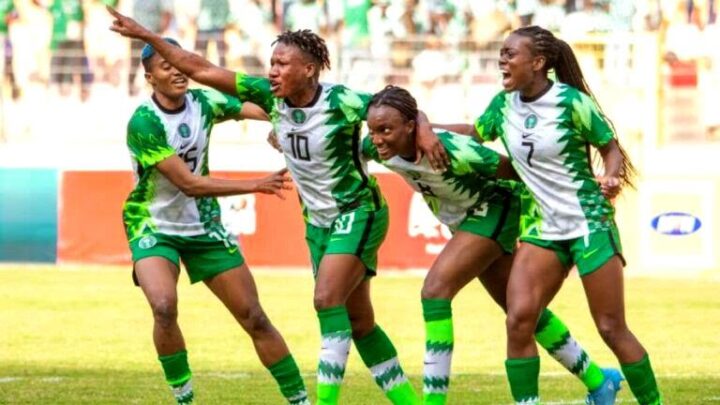 The Super Falcons are scheduled to face Canada in a pair of exhibition games scheduled for April.

Friendly matches were announced in a declaration Wednesday on the Canadian Football Association website.

The statement describes the match as a “West Coast Series” which would see the Tokyo Olympics gold medalists host the African champions on April 8 at BC Place in Vancouver.

The duo will also meet on April 11 at Starlight Stadium in Langford on Vancouver Island.

Matches come on the heels of Falcons preparing for 2022 Women’s Africa Cup of Nations (AWCON) billed from July 2 to July 23 in Morocco.

Canada is also preparing for the 2022 Concacaf Women’s Championship, which serves as both a qualification route for the FIFA Women’s World Cup Australia and New Zealand 2023 and the Paris Olympics 2024.

“The first game in Vancouver also gives Canada Soccer the opportunity to celebrate Christine Sinclair’s world record international goals in front of her home crowd. This celebration was originally scheduled for April 2020 but postponed due to the global pandemic. Since breaking the record in January 2020, the Canadian captain from Burnaby, British Columbia, has led Canada to an Olympic gold medal at the Tokyo 2020 Olympic Games in August 2021.

“The two-game series will also mark farewell to Stéphanie Labbé, who will end her professional and international career as one of the best goalkeepers in the world. The Olympic gold medalist, who finished second in voting for FIFA’s Best Women’s Goalkeeper in 2020-21, has already played her last club games at Paris Saint-Germain FC and will now wear the maple leaf of Canada for a final series at home.”