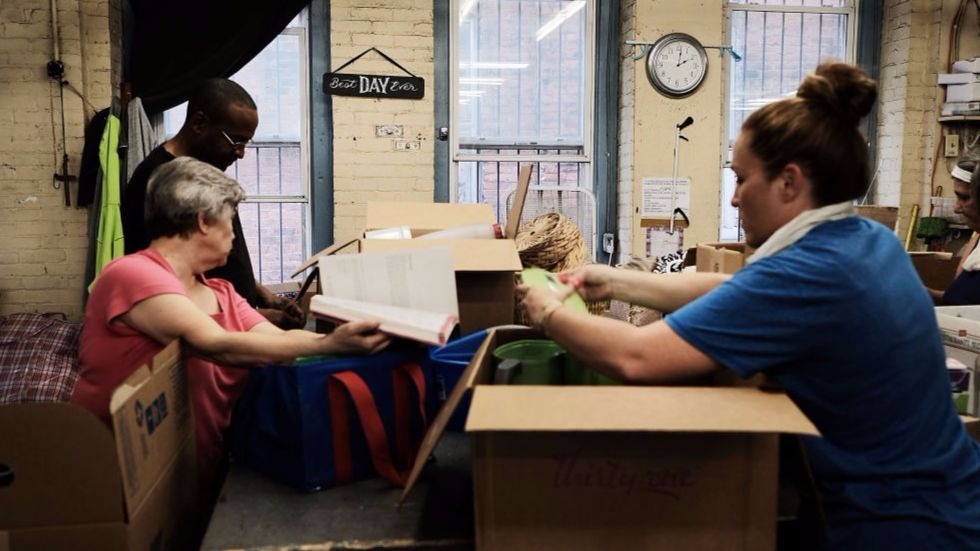 While there has been a wealth of positive news lately regarding our growing economy, inflation is the focus of our attention. Unfortunately for Main Street Mom-and-Pop businesses, many elected leaders are choosing to use this as a cudgel to batter their opponents rather than do the hard work of helping small business owners and their employees cope. .

In 2021, the U.S. economy experienced its strongest year-over-year growth since 1984. The latest jobs report shows the streak of strong gains continuing. And there is a boom among Americans interested in starting new small businesses. Yet a new Small Business for America’s Future (SBAF) survey of 1,576 small business owners this month shows Main Street entrepreneurs say inflation is their biggest challenge. For Main Street, this is the latest in a cascade of challenges triggered by the Covid-19 pandemic. The difference is how many of our leaders respond.

When the pandemic first hit this month two years ago, we saw remarkable bipartisan support for programs to help small businesses and their workers through the crisis. Now we are witnessing a traffic jam. Indeed, many politicians are quick to blame the bipartisan federal relief programs they backed, even as the stimulus and paycheck protection program saved thousands of small businesses, millions of jobs. and created today’s growing economy.

What we hear little about or see little action about are the other causes of inflation that have had no benefit for the country. Foremost among these are large companies that have rapidly raised prices while recording record profit margins. The Wall Street Journal reports that nearly 100 of the largest publicly traded companies in the United States recorded profit margins in 2021 that were at least 50% higher than their 2019 margins. big companies hit record highs in 2021. And sure, the invasion of Ukraine caused gas prices to spike, but long before Putin rolled tanks across the border, the big four oil companies were taking your extra dollars at the pump and use them for record levels of stock buybacks. We don’t need to guess what’s behind these business decisions – CEOs and CFOs of major companies have said it bluntly on their earnings calls.

This is all clear to small business owners, with 63% of respondents in SBAF’s March survey saying they believe large businesses have taken advantage of inflation to unnecessarily raise prices on customers and increase their profits.

To deal with the fallout from inflation and corporate greed, small businesses and their employees need solutions that reduce expenses that eat away at their bottom line and help increase the labor pool. Here are three things Congress can do:

First, the decline in prescription drug prices. Drug prices are on average 2.56 times higher in the United States than in other countries, a huge expense that contributes to inflation. One in three small business owners have raised the prices of their goods and services specifically to offset employee healthcare costs. It’s no wonder the March SBAF survey shows that 80% of small businesses strongly support reforms to reduce the cost of health care and prescription drugs.

Second, reduce the cost of child care. Fifty-five percent of small businesses support the expansion of the Child Tax Credit that puts money in the pockets of working families and limits child care costs for families. The January jobs report contained a startling statistic: more than a million men joined the labor force, compared to just 39,000 women. Women are pushed out of the labor market due to the lack of affordable and accessible childcare. Increasing the number of women in the labor force will increase the ability of businesses to provide goods and services, which will curb inflation.

Third, Congress should temporarily suspend the federal gas tax and pay for it by raising our very low corporate tax rate from 1% to 2%. This would ensure that large businesses, which routinely work the tax code to pay little or no federal tax, pay their fair share (about 65% of small business owners in our March survey) and give small business owners and to ordinary Americans a break on higher energy costs.

Together, these measures would reduce the pressure that inflation puts on the wallets of small business owners and their workers. We recognize that many politicians do not want to address this issue because, with the midterm elections on the horizon, the economic struggles of American workers can serve their political interests. But a better political strategy would be to adopt the above measures, which are widely popular.

To maximize our economic recovery, we must seize opportunities to adopt policies that help our small business community, which creates two-thirds of all new jobs and employs half of all workers, to succeed. With the right policies in place, America’s small businesses will thrive and lead our economy to prosperity.

Anne Zimmerman is co-chair of Small Business for America’s Future and founder and owner of Zimmerman & Co CPAs, an accounting firm with offices in Cincinnati and Cleveland, Ohio.