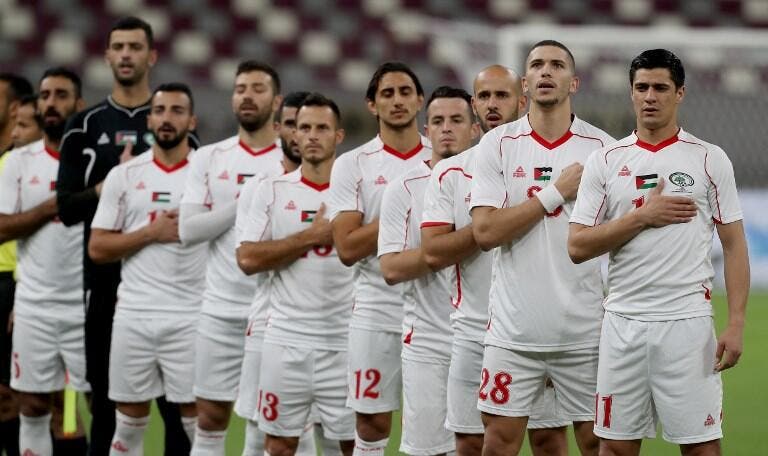 Two more friendlies for Palestine ahead of 2019 Asian Cup

Palestinian national football team al-Fidée is expected to play its final friendlies this Friday and next week before starting the Asian Football Confederation 2019 Asian Cup tournament in the United Arab Emirates, which will start from January 5 to February 1.

Al-Fidaee will face Iraq on Friday and then Kyrgyzstan on Monday – their last two friendlies as the team continue to train at their camp in the Qatari capital, Doha.

The Palestinian team have already played friendly matches against Iran and China, which ended in a draw with one goal apiece in both matches, and twice beat Pakistan 2-1 and 2-0.

Team coach Noor Eddin Ali has already decided on the final roster of the squad, which will consist of 23 players.

The team have been selected to play in Group B, which includes defending champions Australia, as well as Jordan and Syria. The first match will be played on January 6 against Syria, followed by matches against Australia and then Jordan.