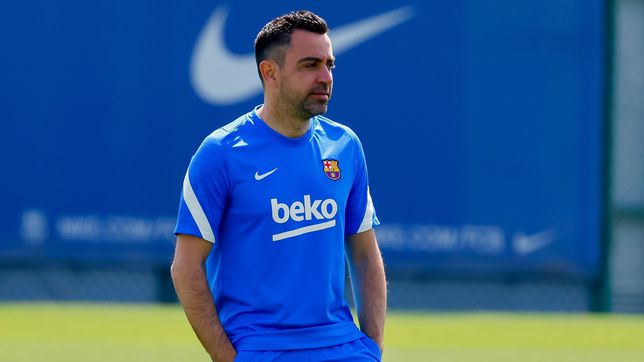 Xavi Hernández won’t be on his touchline for Barça after all friendly against Inter Miami. The Camp Nou coach was wait for US customs to approve their ESTA application take a flight to miami this would have allowed him to arrive on time for the first friendly match of the tour. However, as AS was able to confirm at noon on Tuesday Xavi had still not received authorization and that there are no other flights or connections available today that would allow him to get to Miami in time for the game, which will be played at 8:00 p.m. ET.

Xavi should be allowed to log on ahead of Madrid game

The maximum waiting time for ESTA approval is 72 hours, so worst-case scenario Xavi should be cleared to fly later on Tuesday and able to fly direct to Miami on Wednesday morning. This would allow him to rejoin his team in time to travel to Las Vegas on Thursday.second leg of Barça’s American tour, where they will play Real Madrid at the Allegiant Stadium July 23.

Until Xavi makes an appearance, the team will be managed by Óscar Hernández, the coach’s brother, who will sit on the bench for the Inter Miami game. Within the club, there is a growing feeling that someone will have to accept responsibility for the situation. Xavi’s visa issues stem from the simple fact that he played in iran when his former team, Al Sadd, was drawn against the opposition of this country in the Asian Champions League. It seems unbelievable that a club the size of Barcelona didn’t take this into account sooner and ensure that the necessary documents are provided to the US authorities.

Moreover, according to some sources, Barca received little help from US tour organizers to expedite the situation to speed up the procedure and resolve the problem with US customs.